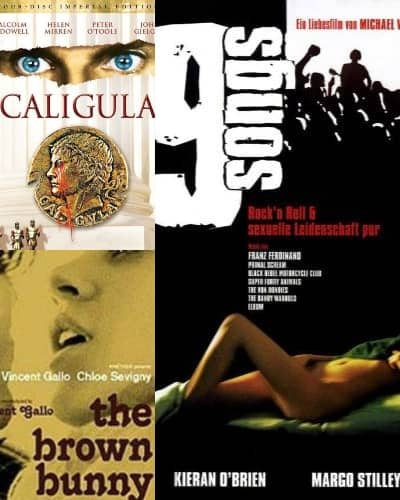 Being in a physical relationship with your co-worker is a bit awkward, but these are some movies where the actor really did it. These actors made love in real in front of the cast just to make that particular scene extremely authentic!

So, this is the list of the movies where actors actually had sex on screen.

2015, movie Love is featured by actors Karl Glusman and Aomi Muyock. They actually made the love scene real. Love is most about sex and secondly about the love story between the two characters of the story. Most of the sex was not choreographed and Noé(Director) admitted he hoped his film would give men “erections” and get women “wet.”

2001 movie Original Sin was starred by Antonio Banderas and Angelina Jolie. These actors were doing a bit more than simply bathing in that bathtub scene. Between all the caressing and nipple kissing and the fact that all four hands aren’t visible during this scene in Original Sin.

This movie was released in 2004, where actors Kieran O’Brien and Margo Stilley were featuring real intercourse. And not just once but few times, and in different angles. Both penetrative and oral sex were shown on screen, as well as a controversial moment in which O’Brien ejaculates.

In the 2009 movie Antichrist, there is a whole new definition of horror and has intense love scenes between Dafoe and Gainsbourg. The sex scene in the movie is hardly sexy and mostly remembered for being beyond creepy, especially when it comes to that one scene involving genital mutilation. One sex scene has been credited as unsimulated. However, it did not feature the two actors, but instead utilized body doubles for the scene.

This historical drama movie is originally from the Roman emperor. This movie has starred, Helen Mirren and Malcolm McDowell. As per the source, all the sexually related scenes were filmed in private. However, the lead character of the movie didn’t do it with each other, the film producer’s personal artist filmed the scenes.