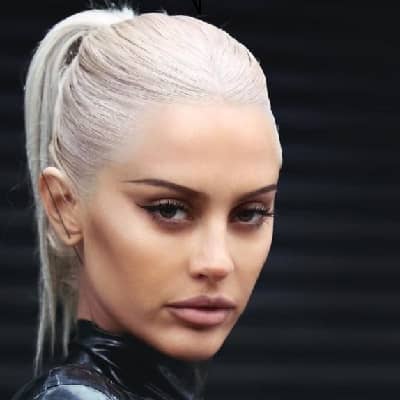 Moxie Raia currently appears to be Single. She doesn’t seem in any dating affair at the moment.

Also, she hasn’t disclosed any details about her past romantic relationship. In the further days if she introduces anyone as her boyfriend then we will update it.

Who is Moxie Raia?

Moxie Raia is renowned as an American singer and songwriter.

She rose to fame through her 2015 single, “I Love It When You Cry” which she wrote and performed herself along with music producer Steve Aoki.

The singer is professionally known as Moxie Raia but her real name is Laura Raia.

Moxie was born on May 12, 1990, in Red Bank, New Jersey, United States. She holds an American nationality and is of Italian descent.

She hasn’t disclosed her parent’s information to the public. However, she has an older sister whose name is not available.

Talking about her academic background, she attended the Professional Children’s School. Later, she joined the Columbia University to studied Jazz in New York.

Moxie was offered a spot in a music collective The Brain House in Los Angeles in 2012 during her University years. Then, he moved to Los Angeles and signed up with Capitol Records for a cover of Big Sean’s Beware.

Her second single from the mixtape, “On My Mind” reached the no.42 on Spotify’s viral 50 tracks. She also collaborates with Justin Bieber as an opening act for the North American leg of Purpose World Tour.

The singer keeps herself away from controversial acts so, she is not surrounded by such rumors and scandals to date.

Moxie might have earned a fair amount of fortune through her profession.

But she hasn’t yet revealed his exact net worth, Salary, and other income to the Public.

Moxie has a brown pair of eyes with grey hair colored. From her appearance, she seems tall but detailed information is not available regarding her height, weight, and more.

She is also active on Facebook where more than 413k people have followed her.