Mr. Vegas is an artist and he sings songs. Mr. Vegas is not having an affair with anyone presently. 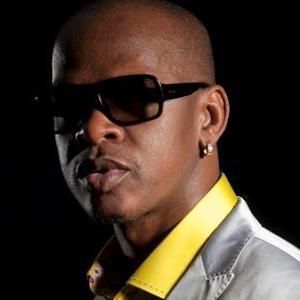 other people in the world are seeking the work”.

Mr. Vegas is currently single. Prior, he was is a relationship. There is no information about his love interest but he has a child with his ex-girlfriend.

Their break up was a controversial one as the video of his ex making out in front of his one-year-old baby was leaked. Also, the news is that Mr. Vegas himself is responsible to leak the video, which he denied in an interview.

Who is Mr. Vegas?

Mr. Vegas is an artist and he sings songs. He is an international dancehall superstar. Mr. Vegas Genres are dancehall, reggae and soca and his labels are Greensleeves, VP, Jet-Star, Universal, and MV Music. He has sung songs like Bruk It Down, Heads High, Party tun up, Sweet Jamaica, Reggae Euphoroa, Lovers Rock and Soul, etc.

He was born on December 29, 1974, in Kingston, Jamaica. His birth name is Clifford Smith. His name Mr. Vegas was given by his football teammates because he used to kick the ball like a Las Vegas Dancer. He is now 43 years old.

His birth sign is Capricorn. His mother’s name is Lucille Ellis Maitland and father’s name is unknown. He was brought up with his siblings but their names are not available through any sources.

He developed a passion for music at an early age. He was recognized as singjay, he sang many Jamaican hits at local parties and shows. But he was recognized as a troublemaker for his lyrics. Unfortunately, he was hit by an iron pipe and broke his jaw. His mouth was wired shut.

But he did not give his passion and interest in music. He created a unique way of singing through his teeth. He sang a song named ‘Nike Air’ through that style.

The unique style that he has created in the song ‘Nike Air’ became so famous that it helped him to be positioned on dancehall charts. After that successful song, he sang for young women uplifting them an affirming song and with a very appealing tune named ‘Heads High’. It became number one in Jamaica. It was successful in reaching British top 10 and made its path into different urban stations across America.

Then he further displayed his vocal capacities through songs called ‘Jacket’, ‘Sweet Pineapple’, ‘Everywhere I go’, etc.  Those songs gave him a British Mobo Award. He showed his greater versatility in his songs in 2001.

He released ‘Damn Right’ with stronger R&B and hip-hop flavor. Sensitive singing in his songs ‘Girls Time’ and ‘She’s a Ho’ made him more famous and he sang a duet with Sean Paul ‘Hot Gal Today’.

The eastern flavored ‘Draw up’ became his following hit and became his title monitor to his 2004 record for his brand-new label, Delicious Vinyl fabric. ‘Sizzling wuk’ and ‘taxi Cab’ both got on his 2007 discharge scorching It Up. In 2008, he announced his retirement from music and he wanted to spend more time with his family and follow his religion.

However, he was back in 2012 and he launched his song ‘Sweet Jamaica’, which was a collection of covers of classic reggae and dancehall tunes. He released another cover in 2015 called ‘Lovers Rock and Soul’ and ‘Dancehall: The Grand Finale’ in 2016.

After that, he announced that he had been converted to Christianity and he released another new song ‘Soul Therapy’ which was reflecting his new spiritual path.

Mr. Vegas was awarded as Artist of the Year by Caribbean cultural board at Harvard University recently as he marked two decades. During the award ceremony, he encouraged his fellow artists to continue their hard work and do well in the community. He also told that as the award was still in its infancy stage that has the potential to be big someday. Also, he was nominated for Soul Train Music Award for the Best Reggae artist.

Once in childhood, he was in a controversy that his lyrics were troublemaking. Due to that reason, he was hit and his jaws got broken. Also, another rumor people are making are “Is Mr. Vegas still alive or not? And is he gay or straight?”

He has black hair and dark brown eyes, but we haven’t got other information regarding the body structure of Mr.Vegas.

Other celebrities with their education, childhood, Professional career are given in the links: Sean Paul, Kevin Lyttle, Daddy Yankee.

Justin Bieber slapped with a lawsuit for having used the N-word against a Las Vegas businessman Tobias Cannon!