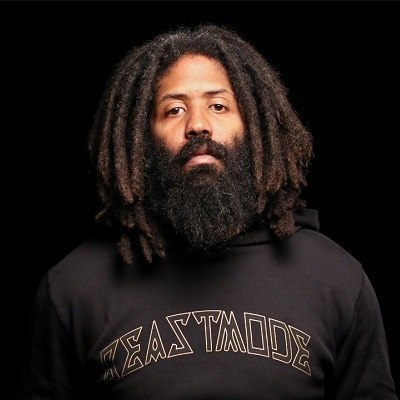 Murs is a married man. He remarried his wife Kate Marie Carter.

Together, they welcomed a child in April 2018.

Previously, he adopted one child with his wife Kate.

Now, he has two sons Bishop Carter and Eddie Carter.

Murs is the stage name of the American Rapper-Songwriter Nicholas Carter.

He holds Guinness World Record for non-stop rapping for 24 hours on October 13, 2016, during a live stream on Twitch.

Previously he was a member of hip hop group Living Legends.

Currently, he is a member of a group named 3 Melancholy Gypsys alongside Scrub and Eligh.

On June 11, 2013, Carter’s album, The Ghetto song Tryna Kill Me was released. He appeared as a lead vocalist of the band, The White Mandingos.

First, Carter formed a group named Melancholy Gypsys with his classmates Scarub and Eligh. Later, they joined the Living Legends hip-hop group in 1996.

He released his first solo debut album F’Real, in 1997 with Veritech.

Murs sighed a contract with Strange Music in 2014. He released three studio albums through these record labels.

On 16 Mar 2018, his eleventh album A Strange Journey Into The Unimaginable was released.

He was first collaborating with 9th wonder in 2006. Together they released album Murray’s Revenge.

Again they seem to collaborate in the album Fornever in 2010, through SMC Recordings.

Later, on December 31, 2015, they released the album named Brighter Daze through Jamla Records. It contains 12 songs in total.

Murs’ net worth is approximate $1 m US. As hip-hop and rapper artist, his earnings are $62 k U.S.

Around 59 k people are connected with him through myspace.