Muse Watson is an American stage and screen actor. Muse is married to his girlfriend, Nancy Ann Naume since 1997. 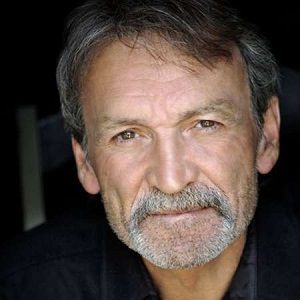 Muse is a married man. He had tied a knot with his girlfriend named Nancy Ann Naumer during the year 1997, 24th of October after a long affair.

Further, The couple has been blessed with one child but the name of their child has not been publicized. And there are no any issues for their divorce.

Thus, their marriage relationship seems to be successful.

Who is Muse Watson?

Muse Watson is a recognized American screen and stage actor. He is popular for his roles as Charles Westmoreland on the Fox television series Prison Break, the primary antagonist called Ben Willis in the I Know What You Did Last Summer franchise, and as Mike Franks in CBS television series NCIS.

A popular stage actor was born in Alexandria, Louisiana on 20th July 1948. Besides, He is the eldest child of his family out of his four siblings of his own parents. He belongs to Mixed(English and Scottish) ancestry.

His father worked within a departmental store while his mother served as an interior designer. Further, his parents had bought a small mini-farm on the outskirts of town with plans to establish a nice house in place of the old farmhouse there.

Also, his father had bought a pony, gained a milk cow, and initiated making furniture and toys for the kids after filling the barn with wood-working tools. However, his parents got separated due to the pressure from religious differences. Then his Mom had taken the children to settle with their paternal grandmother and grandfather.

His father’s diabetes initiated to seriously threaten his life when Muse was just 5 years old. The family headed back together to take care of his father. Shortly thereafter his father left the world at only the age of 36 years due to complications. Thereafter, his life changed forever. The family needed to survive in poverty. Also, they need to continue their lives in the old farmhouse until the kids become grown-up.

On talking about his educational background, he joined Louisiana Tech for 2 years to learn the music stipend and then went to Berea College located in Berea, Kentucky, where he appeared on stage for the first time in a production of Shakespeare’s The Taming of the Shrew as Petruchio.

By his successful performance and work, he had initiated presenting himself in several stage programs and earning it as his professional career. His role as Hamlet in the show entitled Hamlet is also one of the best theatre credits received by him in his career.

Despite appearing in the stage show, he also performed on eight made-for-television movies including Justice in a Small Town and Blind Vengeance; and the television series like The Young Indiana Jones Chronicles,  American Gothic, Matlock, Cold Case, The Lazarus Man, Walker, JAG, Criminal Minds, Texas Ranger, and Prison Break.

Similarly, he performed on the episodes of CSI (“Who and What”, November 2007) and Ghost Whisperer (“Delia’s First Ghost”, April 2007). Other, he had written the foreword to a book for teachers and parents, named Navigating the Maze of Childhood Autism, Stars in Her Eyes, by Elizabeth Obrey and Dr. Linda Barboa.

In discussing his lifetime achievements and awards, Berea College located in Berea, Kentucky had awarded him the Distinguished Alumnus Award in 2001.

Also, he got honored with the rest of the cast, for his role-playing Parley Gentry in “Songcatcher” with Grand Jury Award for Ensemble Acting at Sundance Film Festival.

Muse Watson: Salary and the Net worth

On talking about his salary and net worth, he receives a high amount of salary from his career. But he has not disclosed it to the media yet. However, he has an estimated net worth of $2 million that he earns from his successful profession.

He is good at maintaining his personal life and professional life so easily and comfortably. So, he has not been any part of the controversies or the rumors.

Thus, there are no such records of his rumors and controversies at the current moment.

A popular American screen actor has an average body type with a tall height of 6ft 1inch. However, his body weight is unknown. He has white-brown color hairs and brown eyes with a mustache.