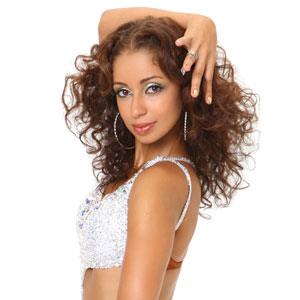 attract positiveness. It always shows up on the outside

I'd like to be remembered as a good person, that gave as much as she could with what she had to give.

Although her career took on a successful path her love life couldn’t do so. Talking about the present relationship status of Mya, she is possibly single. There isn’t any solid proof which leads to her married life and children.

Who is Mya Harrison?

Mya Harrison who is best known as Mya is a Grammy Award-winning American singer, songwriter, producer, dancer, designer, and actress. She is best known as a singer for the hit albums she has released such as ‘Mya’, ‘Fear of Flying’, and ‘K.I.S.S (Keep It Sexy & Simple)’. As an actor she is known for the role she portrayed in the films like ‘In Too Deep, ‘Shall We Dance’, and ‘Cursed’.

Mya was born on 10 October 1979, in Washington, D.C., USA. She has a mixed ethnicity of Jamaican and Italian and has an American nationality.

She is the daughter of a singer and musician father Sherman and an accountant mother Theresa, Mya Harrison was born as one of three children. Her birth name is Mya Marie Harrison.

She grew up in Glenn Dale, Maryland, and has two younger brothers, Chaz and Nijel.  She used to imitate Michael Jackson in her mother’s high heel boots in childhood. She is mostly known by other names such as Miss Mya, My-My, 10-10, and Smoove Jones.

She completed high school at the age of 16 and took classes at the University of Maryland, College Park. She already started learning ballet lessons when she was just two years old and jazz and tap when she was four.

As being born to a musically oriented family, she had a strong interest in music. As she grew up, she signed with Interscope Records and released her debut self-entitled album ‘Mya’. She released her album on 21 April 1998 which earned huge success selling over 1.4 million copies in the United States. She rose to fame with the album working with different superstars.

After the huge success of the first album, she released her second album Fear of Flying on 25 April 2000. It ranked at no.15 on Billboard 200 album chart selling over 72,000 copies in the first week. As time passes by, she started to release numerous albums winning various awards. She refers to Lena Horne and Liza Minnelli as her role models.

Aside from her singing career, she is also a dancer who has competed in Dancing with the Stars in season 9 and came second place. She is also an actor who has appeared in numerous movies and on television episodes. She made her acting debut in the 1999 thriller film ‘In Too Deep’ where she portrayed the character of young woman Loretta. Harrison is also a designer who has launched her own clothing line.

Her success in her career has paid her well financially making her net worth estimated to be $5 million.

Multi-talented Mya was once rumored to have hooked up with Camron and Gucci Mane. She had an alleged affair with the hip-hop star Jay Z. Jay Z has a wife(Beyonce) and kids. Controversies were there when she denied dating him.