Posted on November 24, 2022 | Published By: Gracie Hale | In Child , Pregnant , Relationship
Share this 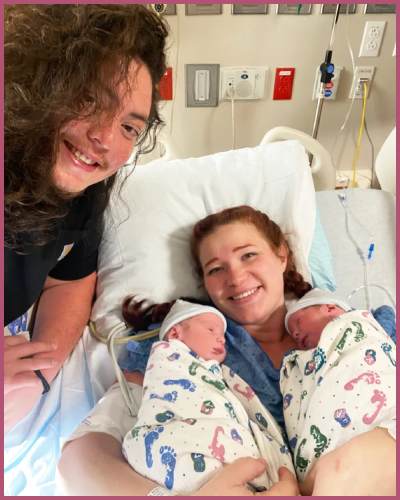 Mykelti Brown and her husband Antonio Padron have now a family of five!

The Sister Wives stars welcomed their twin sons on Thursday, November 17. Mykelti and Antonio are also parents to a 19-months old daughter Avalon Asa, whom they welcomed in April 2021. Mykelti, 26, confirmed to PEOPLE that she is now a mom of three children.

“I’m so happy my boys are finally here and we’re all doing well,”

Adding to that Antonio, 27,  gushed about his new additions, saying,

“I’ m glad my sons have finally come to play!”

Well, the birth comes earlier likely the TLC star’s predictions that she would go into labor early. Her original due date was on the 1st of December.

In June, the couple announced their pregnancy news that they are expecting twins together and the couple celebrated their gender reveal party in August.

Mykelti Brown is an actress and she is a reality TV star from the United States.

In addition, she is best known as one of the daughters of the famous TLC series Sister Wives. See more…