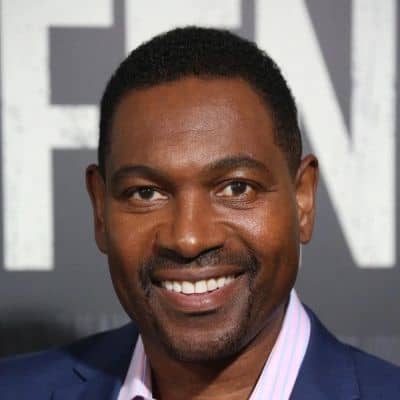 Who is the present wife of Mykelti Williamson?

Mykelti Williamson is in a happily married relationship with Sondra Spriggs. The adorable couple exchanged their wedding vows in a beautiful ceremony on July 2, 1983. Together, they are parents to two daughters named, Nicole and Maya.

Talking about his past relationships, Previously he was married to Olivia Brown, a Miami Vice on July 2, 1983, and they later ended their marriage in 1985.

After then, he got married to Cheryl Chisholm in 1989, and are parents of his first child, Phoenix. They later ended their union.

Who is Mykelti Williamson?

Mykelti Williamson is a popular American actor. He is well known for his appearance in the movies, Forrest Gump, Ali, Con Air, and television series like, ‘Boomtown, Justified, and 24.

Mykelti Williamson was born in St.Louis, Missouri, the U.S. on March 4, 1957. Williamson is 65 years old as of 2022 and holds an American nationality.

His ethnicity is Afro-American and Pisces is his birth zodiac sign according to astrologers. Michael T. “Mykelti” Williamson is his full birth name.

Elaine, a certified public account is his mother while his father was an Air Force Non-Commissioned Officer who belongs from both Afro-American and Black Foot Indian ancestry. However, the name of his father is still unknown.

Moreover, after relocating to Los Angeles at the age of nine with the family, he attended Los Angeles City College and studied television and film there. He earned his certificate in Cinematography/Film Production from Gene Evans Motion Picture School based in San Jose.

Similarly, his role as program director, Donovan Aderhold in the American sitcom television series, ‘The New WKRP in Cincinnati’ became his breakthrough. The following series aired from September 7, 1991, to May 22, 1993.

He also appeared in the TV series, ‘The Righteous Apples.’

In 1984, he debuted his big-screen work through the American neo-noir rock musical movie, ‘Streets of Fire.’ Some of his credits are:-

She won Academy Award in 1994 for the movie, ‘Forrest Gump.’ His role as player Josh Gibson in the HBO movie titled, ‘Soul of the Game’ in 1996 also received critical reviews.

He landed as Detective Bobby ‘Fearless’ smith in the action drama series, ‘Boomtown’ in 2002. He also landed as Chief Sinclair with the co-star Gary Sinise in the seven episodes of the American police procedural series, ‘CSI: NY’.

Likewise, he portrayed the role of Ellstin Limehouse in the FX drama, ‘Justified.’ Some of his television drama series are:-

According to the Celebrity Net Worth, the net worth of Mykelti Williamson is calculated to be around 2 million USD while his salary and income are still under review.

In 1998, the news of Mykelti being accused of stabbing the boyfriend, of his former wife, Cheryl. He was spying on her after getting to know about the affair of his ex-wife with Leroy Edwards.

Mykelti Williamson followed and slammed the guy and he himself was also stabbed in the abdomen for which he went through surgery.

As per The LA Times, the police arrested him for the charges of assault and attempted murder. Though, he was freed because of the lack of evidence from the victims.

So, this news got him controversial at that moment.

Mykelti Williamson is 6 feet 2 inches tall and weighs around 70 Kg. However, the measurements of his body statistics are not available yet.

Moving towards his facial appearance, with a dark complexion he has a pair of black eyes and hair of the same color as well.

There is also an official Facebook page under his name, Mykelti Williamson which is enriched with over 4.3 K followers.