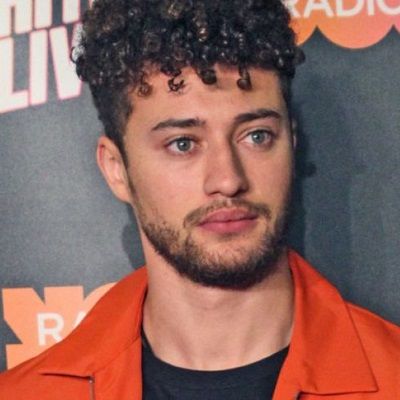 What is the relationship of Myles Stephenson?

Previously, he was in a relationship with former Love Island contestant, Gabby Allen. They were separated in August when Gabby discovers the filthy exchange between Myles and other girls.

Prior to that, he was dating Rebecca Bignell. However, they separated during the final episode of the show, The X-Factor.

Who is Myles Stephenson?

Myles Stephenson is a rapper and singer. He is known as a member of the musical group, Rak-Su.

He is the winner of the music competition The X Factor (Season 14) along with the musical group. Last, the rapper was featured in the TV series, I’m a Celebrity as a contestant.

Myles Stephenson was born on the 11th of September 1991 in Watford, UK. He is of English-Scottish ethnicity.

He shares a strong bond with her family, especially to his mother and niece. His mother celebrates her birthday on the 22nd of July.

Details about his academics and father are not revealed.

In 2016, Myles Stephenson started his career as the singer with the musical group, Rak-Su. The members of the group, Ashley Fongho, Jamaal Shurland, Myles Stephenson, and Mustafa Rahimtulla are childhood friends from his hometown.

Later, in 2017, they auditioned for the show, The X Factor(Season 14). They performed the song Señorita by Justin Timberlake.

For the show, the group was mentored by Simon Cowell, a TV personality. The musical group was the winner of the show against the singer, Grace Davies with 51.7% vote. That makes them the first boys group to win the show.

The groups single Dimelo peaked in the sixth position on Offical Single Chart.

As of 2019, the singer was a part of the TV series, I’m a Celebrity as a contestant. He was also the contestant of Get Me Out of Here! and Extra Camp for the TV series. Apart from this, he contributed the soundtrack for the show.

Apart from it, he was awarded a £1 million recording contract in association with Syco Music and Sony Music as the winner of The X- Factor.

As a contestant of the show, I’m a Celebrity he receives £25k as salary which is equivalent to $33k US.

This singer has hazel eyes and brunette curly hair. His height and weight are of average size.