Myrka Dellanos is now single but has been married many times. In the year 1991, she married Dr. Alejandro Loynáz.

She gave birth to a daughter Alexa Carolina in December 1993. But they divorce in 1998.

On 8th April 2008, she married Ulysses Daniel Alonso in Coral Gables, Florida. Likewise, on March 18, 2009, they filed for divorce. 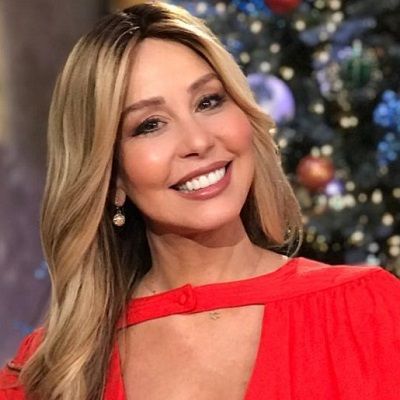 Myrka Dellanos is a Cuban American journalist, author, and television & radio show host. Similarly, she is an accomplished piano player and ballet dancer.

Likewise, she has written books like Succeed and Be Happy: Things I Learned Thanks to God, My Mom, and Life.

She was born on 27th May 1965 in Philadelphia, Pennsylvania. She was raised by her single mom and the name of her parents are unknown.

She has also not disclosed details about her siblings.

Similarly, she belongs of American nationality and her ethnicity is unknown.

Talking about her education, she earned a Bachelor’s degree in Journalism from the University of Miami in the year 1986.

She got her first break in the year 1992 when she co-hosted the popular Univision news program Primer Impacto (First Impact).

Similarly, at the end of her initial contract with the television network, she remained with Univision. She would continue to serve as co-host of Primer Impacto until the year 2004.

In the year 2004, Myrka Dellanos was chosen as the Star of the Year by readers of the magazine People en Español. Similarly, she served as the host of the celebrations of Hispanic Heritage Month at the White House in Washington DC.

After that, she was appointed by US President George W Bush as a member of the Freedom Corps, a group consisting of 25 people who worked together to promote charitable giving.

In the year 2001, she was named the Hispanic of the Year by the Direct Marketing Association of America.

Likewise, after an 8-year absence from broadcast journalism, in the year 2013, she returned to television as a host and contributor for American-based Hispanic network Estrella TV and its news-magazine En la Mira con Enrique Gratis.

There is no information about her awards and nomination.

As of 2022, she has an estimated net worth of $16 million. She has a multi-dimensioned career in Journalism, endorsements, personal investments as well as a business.

Due to that, she might earn a huge amount of money. She has an estimated salary of $3 million.

There were rumors about Myrka leaving Univision because of Luis Miguel. Besides this, there are no valid controversies or scandals.

Myrka Dellanos has a height of 5 feet 9 inches and her weight is around 65 kg.

Similarly, her hair and eyes color is brown. Her body measurement is 35-25-37 inches.