N.O.R.E. is married to Neri Santiago, who is a reality star. The couple are dating each other since 2006. After, 5 years of dating finally, the couple turned their relationship into married on 4th September 2011. 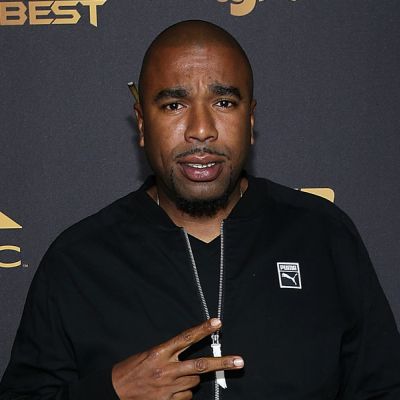 Moving towards his parent’s and sibling’s identity are still behind the curtains.

However, He holds American nationality with mixed ethnicity. Besides that, there are no details about his educational background.

Besides that, N.O.R.E. made his appearance as Big Ski in Prison Song in 2001. In the next year, he played the role of KB in Paper Soldiers (Action Crime). In 2005, N.O.R.E was cast as El Pollo Loco in State Property: Blood on the Streets (Action Crime drama).

Furthermore, in the following year, He was portrayed as Wallet in Seven Mummies (Horror Movie). He was seen as Rapper in R.I.P. Tribute- Collector’s Edition II EYES ON HIP HOP (Video)
in 2007. Moreover, N.O.R.E. made his appearance in Busta Rhymes Feat. Ron Browz: Arab Money (Music Video). In 2016, he played the role of N.O.R.E. in Drink Champs (TV Series).

He has a net worth of $2 million. Although he is leading his life lavishly, he hasn’t disclosed his salary and income yet.

There is controversy on 24th February 2009 N.O.R.E. was arrested for fighting with a customer at a Fatburger hamburger restaurant located in Miami Beach, FL.

He stands at the height of 5 feet 10 inches with a decent weight. Talking about his physical appearance, he has black eyes with short black hair with an oval design.