Talking about her love lie, Nabela Noor is married to her partner, Seth Martin. The couple tied the knot in August 2015 in Central Pennsylvania. They met for the first time while Seth was taking orders at her parents’ restaurant.

Nabela was completely ready on getting arranged marriage on 2 November 2012 but Seth invited her on a date. They spent a lot of time and moments together and started dating each other.

In June 2021, the star mentioned she is changed following a pregnancy loss. She found out she is 5 weeks pregnant on 1st June, 6 years after the couple started trying to conceive. Nabela mentioned their miracle baby meant a lot.

Later, the star shared she was still experiencing the pain of miscarriage even after returning from the hospital.

Previously, she was dating a guy named Liam during her college days. However, it ended in a short time. 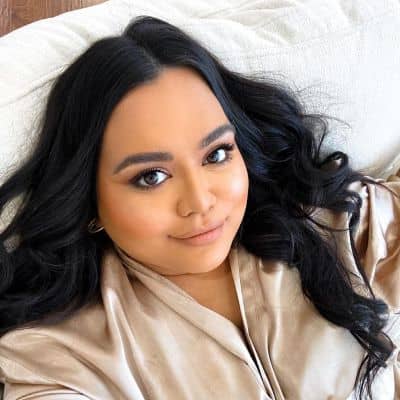 Who is Nabela Noor?

Nabela Noor is a well-recognized Bangladeshi-American YouTube star, Instagram star, and social media personality. Noor is widely famed for being the founder and CEO of Zeba. a size-inclusive, self-love-focused movement, and clothing brand.

Moreover, she is also famous for her presence on Instagram with more than 1.8 million followers.

Nabela Noor was born on 4 August 1991. At present, her age is 29 years old. Likewise, her birthplace is New York, the USA.

Not much is known about her father and mother’s details, Nabela has been secretive towards her parent’s details. Moreover, she has two older brothers, an elder sister, and two younger sisters who were born in Bangladesh. Her parents had an arranged marriage when they were very young.

Talking about her nationality, Noor holds an American identity whereas her ethnicity is Asian.

Regarding education, the star completed her high school graduation at the age of 16. Later, she joined Pennsylvania State University. Noor also studied at a private college and attended abroad in Mexico.

Professionally, Nabela began her YouTube journey on 14 November 2013. She worked along with her fellow YouTuber, Andrea Brooks, and Alba Mayo. She often featured with her husband, Seth on her YouTube videos.

Some of her popular videos are, Nabela & Seth: Bengali + American Fusion Wedding, 100 LAYERS OF BINDIS?!?!?!, SOCIAL EXPERIMENT CHANGES HER LIFE| The Bright Fight, and so on. She also formed her own size-inclusive clothing line named Zeba. It is a unique clothing brand that encourages customers to celebrate their bodies without confirming the traditional beauty standards.

Additionally, the star was a featured speaker at the 2019 CurvyCon event in New York City. It brought together fashion-loving women, brands, and influencers for three days of celebrating size diversity and body positivity.

Moreover, Noor has collaborated with Eyes Lips Face Cosmetics in October 2019. She explained on Instagram in a heartwarming post about the collaboration with the drugstore giant.

The collection includes four luxe-yet-affordable launches: the Beautifully You Brush Set, the Lip Cocktail Kit, the Gleaming Loose Highlighter, and The Complete Collection.

A talented Bangladeshi entrepreneur, Noor has earned a handsome amount of money from her multiple profession. She lives a lavish lifestyle along with her family.

It is reported that Nabela Noor has an estimated net worth of $4.5 million as of 2022. She has earned a good name and fame on social media.

Noor face quite a backlash when she raised her voice against ethnic discrimination and the crimes Muslims were subjected to. She also faced many hurtful DMs after she shared a picture of her, flaunting a high-waisted bikini.

Other than that, Nabela has never been part of any controversial matter or rumors till now. The star has been preoccupied with her professional and private life.

29 years old star, Nabela has beautiful looks and an admirable personality. She stands at a height of 5feet 2inches. Also, she has a balanced body weight of 72kg.

Furthermore, Noor has dark brown eyes whereas her hair is black.

Regarding her social media presence, Nabela Noor is an active personality on social media. Nabela has more than 1.8 million followers on her official Instagram account @nabela.

She is also active on Twitter with around 51k followers. The star owns a YouTube channel named Nabela Noor and it has more than 1 million subscribers at the moment.

Moreover, Noor is also available on Facebook with nearly 478k fans and supporters. She is also active on Twitter with more than 6.1 million followers.