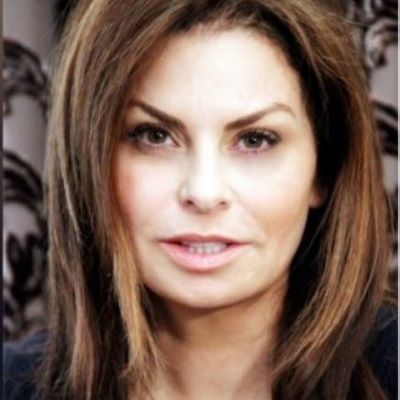 What is the relationship of Nabila Khashoggi?

Together, they have a son and they lived in Palisades, New York, US.

Previously, she married Danny Daggenhurst in 1992. Later, they divorced in 1998. She has one son, Spartan Daggenhurst with him. Spartan was born in 1997.

Who is Nabila Khashoggi?

Nabila Khashoggi is a businesswoman, actress, and Philanthropist.

She is also an author of a series of children’s books such as Spartan and the Green Egg a trip to the Rainforest.

What are the birth facts of Nabila Khashoggi?

Nabila Khashoggi was born in Beirut, Lebanon, on February 19, 1962, to Adnan Khashoggi and Soraya Khashoggi.

She joined acting classes in Los Angles, where she got an opportunity to learn acting from actress Joanne Baron.

In 1983, she co-partner with an electrical engineer, Bedros Bedrossian, and opens a company called Infolex Corp. This company provides information for travelers about hotels, entertainment places, shopping areas, etc in different languages. This technique seems more useful at that time when the internet was not widely used. These services are more used by hotel chains and airports.

Later, in 1984, she started to work with her brothers and enter into real estate development. She did this business with different countries such as Spain, England, France, and South Korea. She worked in the tourism and hospitality sector with her developers and siblings.

In 2010, she established the Nabila K home products company. This company helps to sell cosmetics, beauty, and home products online.

She helps and supports poor children through the Italian charity children for Peace ‘ONLUS’.

In 1988, Nabila appeared in the movie YoungToscanini, in an uncredited role of Comparsa.

Later in 1991, she played the role of Vanya in Eye of the Widow.

Nabila’s last appeared movie was Labyrinth, in which she has the role of Lella.

Khashoggi’s Husband’s name is James Cox Chambers. He is also known for his 16.3% share in Cox Enterprise.

Chambers is a billionaire and one of the richest men in America.

Chambers is an actor, choreographer, and dancer. He was also featured in the film Alphabet City in 1984.

How much is the net worth of Nabila Khashoggi?

Her husband James Cox Chambers’s net worth is $6.3 billion US.

Her former father’s net worth is $2 billion US.

She has dark brown eyes with auburn hair. Her height is 5 feet 2 inches and her weight is 55 kg.

Khashoggi has 16.6 k followers on Instagram with the id Nabila_khashoggi.

She also has Twitter 154 followers with the id @NabilaKhashoggi.

You may also read more about early life, career, net worth, salary, body measurement, relationships, social media, and controversies of other actresses like Nikita Kahn, Malandra Burrows, Claire King, Emma Atkins, and Mickey Sumner. Click on the link to open it.