Nacho Figueras at present is a married man. According to the sources, he is living with his wife Delfina Blaquier who is a photographer and former model.

However, the details of their wedding are not revealed but they exchanged vows in the year 2004. This couple is blessed with four children. 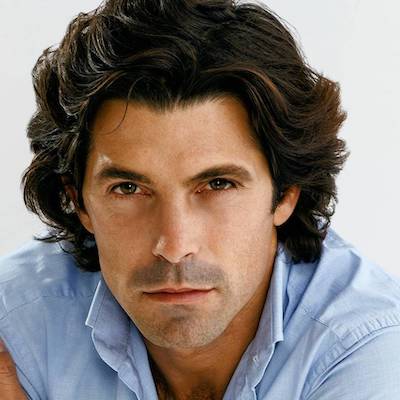 Who is Nacho Figueras?

Nacho Figueras is an actor and polo player of Argentinean nationality. Nacho Figueras co-owns a polo team BlackWatch for which he plays too.

As a successful model, he is represented by Ralph Lauren in their Black Label company. Also, models.com kept him in the 18th rank on the list of their Money Men list in 2015.

His birthdate is 04 March 1977 and he was born in Venticinco de Mayo, Buenos Aires Province, Argentina. The name of his mother was Mercedes Bermejo and his father’s identity was Horacio Figueras

Further, his ancestry is Hispanic, and as to his academics, he might be a high school plus a college graduate.

Nacho Figueras is one of the most valued polo players in the world as of now. He started to play professionally when he was only 17 and played several matches in Europe, New York, and more. He is now with a team BlackWatch which he serves as a captain.

As an actor, he was seen in the documentary The Polo Kid playing as himself in 2009. He also had a brief role as a handler in 2010’s crome-thriller film 13. Nacho did four episodes of CBS This Morning plusThe Ellen DeGeneres Show.

His other small-screen appearances for an episode are,

By the sources of 2022, his net worth is estimated at $30 million. The yearly salary that Manny charges are under the rug.

Besides this, he is also the owner of a breeding farm where he has around 500 horses. This property is valued at $300,000.

The actor as well as a talented polo player is keeping himself away from scandals as well as rumors.

Nacho Figueras has an athletic body with a tall height of 6 ft and his body weight is 70 kg. Adding some more, he has brown eyes with dark brown-colored hair.

Nacho Figueras is available on a few social sites and with a huge number of fans. On Instagram and Twitter, he has around 185k and 26k followers respectively.