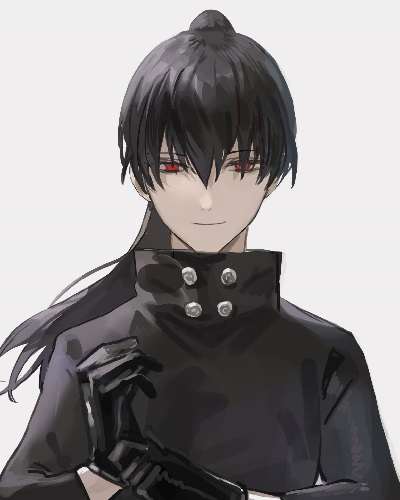 Who is Nacht Faust?

The fictional character of the Black Clover anime series, Natch is renowned as the vice-captain of the clover’s kingdom magic knight squad, Black Bulls.

In the series, he is renowned as the mystery person who worked as the spy of the Spade Kingdom for the Clover kingdom.

Know the Voice Actors of Nacht

– The Japanese voice behind the character happens to be the voice actor and singer, Hiro Shimono. He is immensely renowned for contributing voice to the character such as Sho of Fairy Tail, Kawakami Norifumi of Diamond no Ace, Connie Springer of Attack on Titan: Junior High, and Dabi of My Hero Academia 5.

As of now, the talented voice actor is associated with the voice talent management firm, I’m Enterprise. As of now, English dubbed episodes of the Nacht have not been released yet.

The undercover Black Bull’s spy, Natch was born in was born on the noble family, House Faust of the Clover Kingdom. He was born on the 30th of April and is currently 29 years old.

Being a son of a noble family, he enjoyed every privilege of being the noble family. Also, he shared those privileges with his twin brother, Morgen. However, the names of their parents have been mentioned in manga and series to date.

At the age of 18, his family told him about his family history associated with the devils. At the time, he discovered that his family used to study the devils in the past. Furthermore, I found that his forefathers used to bring them to the underground training chamber.

Soon after discovering the family history, he summoned four different devils; Gimodelo Plumede, Slots, and Walgner, and successfully bound them with him and became the master of those devils’ powers.

As of now, the black bull’s vice-captain is a mystery on his own. Hence, the series and manga have discovered things about his love interest. However, you never know if he has his own hidden love story.

Yami is one of the few people that the Natch likes and trusts. They first meet with each other when the Yami landed up in the Clover Kingdom as a foreigner. After hearing about Yami, he investigated Yami. In the course, they became friends with each other. Also, they committed some petty thieves too.

Also, Natch shares a friendly bond with Asta. He likes Asta for being an honest and good person. He also complimented his decision for being a friend with Liebe and sharing an equal contract.

Why does Natch despise Lucifugus?

In the course of binding Lucifugus, he fell to suppress the power of the Lucifugus. In return, Lucifugus killed his brother, Morgen, and most of his family members. He watched his brother die in his arms.

The vice-captain, Nacht is an extremely gifted magic knight who can manipulate the shadows. By manipulating the shadows, he can immobilize people and restrain people

Furthermore, is also the host of the four devils and has the ability of released them temporarily to the human world. Being the nobleman, he has large magic power.

He has light blue eyes with black hair. He stands at the height of 5 feet and 3 inches and has a decent weight.

Talking about his appearance, he wears black coats and black pants.

“Unjust evil. They’re the type I hate the most. Even if gods and devils forgive them, I never will.”