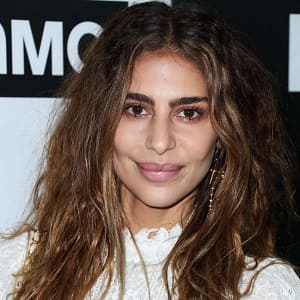 Nadia Hilker has kept her personal life away from the media spotlight. There is no record available about her past relationships. At present, she is believed to be single.

Who is Nadia Hilker?

Nadia Hilker is a German actress. People mostly know her for her roles in movies and television series including ‘Spring’, ‘The Walking Dead’, ‘The 100’, and ‘Allegiant’.

Hilker was born in Munich, Germany on December 1, 1988. Her mother worked at Lufthansa airline and her father worked in IT.

Nadia became interested in the world of show business as a child. She is of German nationality. Furthermore, she belongs to the German ethnic background. She also has a brother.

Talking about her education, there are no details available about Hilker’s educational background at present.

Nadia Hilker initially worked as a model after she was discovered by a model agent at a ballet school. In 2010, she appeared in TV movies ‘Zimmer mit Tante’ and ‘Die Route.’

Additionally, the next year, she appeared as Luca in ‘Für Immer 30.’ In 2012, she played the role of Romy Weidner in the TV series ‘The Last Cop.’ Since then, she has appeared in several other movies and television series. All in all, she has over 15 credits as an actress.

Some other movies and television series that Hilker has appeared in include ‘Collide’, ‘Allegiant’, ‘Breed’, ‘Huck’, ‘Frühling’, ‘SOKO Stuttgart’, ‘Alarm für Cobra 11 – Die Autobahnpolizei’, ‘München 7’, ‘Rosamunde Pilcher’, ‘The Other Wife’, ‘SOKO 5113’ among others.

Hilker won the Fright Meter Award in 2015 for her performance in the horror film ‘Spring.’

Hilker has not revealed her current salary. However, she has an estimated net worth of around $1 million at present.

This actress has not been involved in any notable controversies in her career. Furthermore, at present, there are no rumors concerning her life and career.

Talking about her body measurement, Nadia Hilker has a height of 5 feet 8 inches (1.73 m). Additionally, she weighs around 53 kg. Furthermore, her hair color and eye color is dark brown.

Hilker is active over social media. She has a huge number of followers on social networking sites such as Facebook and Instagram but not on Twitter.