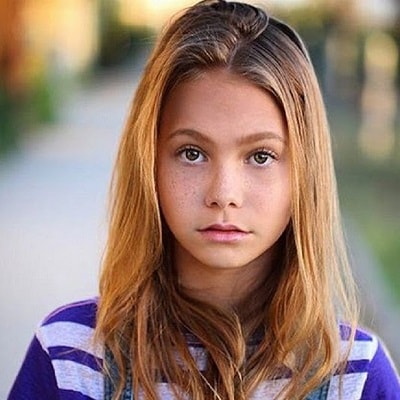 Nadia Turner is currently single and she is more focusing on her career rather than being in a relationship. She is a multitalented personality with good body shape and hope, she will soon get her perfect match.

Who is Nadia Turner?

Nadia Turner is a famous American dancer. She has appeared in several commercials for popular companies like Staples, Target, Sketchers, etc.

She was born on April 19, 2004, in Los Angeles, California. Her birth sign is Aries. She was interested in modeling from her childhood days.

She has a younger sister named Ruby Rose(dancer) and also, she has two brothers, Alec and Alfie.

After her parents realized that she was interested in dancing, her parents enrolled her along with her sister in a dance school.

Nadia holds American citizenship but her ethnicity is unknown.

Talking about her education history, she attended the Rage Dance Company and West Coast Dance Theatre.

After that, she appeared in the video tribute to Missy Elliott by American singer Alyson Stoner and the video went viral. She made her appearance in the World of Dance Awards by the following year along with her sister.

In addition, she has done commercials for Target, Staples, and Sketchers also co-starred with Heidi Klum in a commercial for Jordache.

Nadia has depicted one of the main characters in Brat’s web series ‘Total Eclipse’. Furthermore, she has guest-starred in one episode of the web series ‘Hyperlinked’ as herself.

She also runs a YouTube channel with Ruby Rose, which was created on October 10, 2013, and has over 11.5 thousand subscribers and 472 thousand views in total.

It seems Nadia has not been awarded and nominated for her work to date.

She has an estimated net worth of around $200k and she has earned that sum of money from her modeling activity, endorsements, and from several advertisements.

Nadia Turner has been successful in keeping herself far from rumors and controversies in her personal and professional life.

Nadia Turner has a height if 4 ft. 2 inches and she weighs 35 kg. Also, she has blonde hair and light brown eyes.

But, other information regarding Nadia’s body measurement, shoe size, dress size, etc. are not available.