Singer Nadine Coyle is a mother of two. 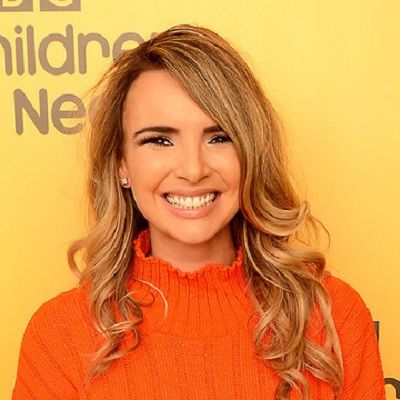 Girls Aloud are being asked by an interviewer if they would describe themselves as feminists] I think I'm a feminist for certain things. I just can't think of one now.

Nadine Coyle is currently single after breaking up with the former American Footballer Jason Bell. Nadine’s and her boyfriend Jason who turned into her fiance dated for about 11 years.

Together, they have a 6-year-old daughter Anaiya Bell born on 10th February 2014. Nadine and Anaiya live in Northern Ireland with Nadine’s mum Lillian. Jason is based in the States but the pair continue to co-parent their daughter.

The two first got together in 2008 and engaged after two years in 2010. Their relationship was not always in a good term as they split and got back together eventually.

Nadine was 23 when she got engaged to Jason and she thought that she is too young to get married.

In the year 2014, Jason proposed to her after the birth of their daughter which she did not accept, and in 2016, she moved back to Northern Ireland.

Even though the two did not get married and broke their relationship, they are still a good friend and co-parent their daughter.

In the year 2006, Nadine met Jesse Metcalfe on tour with Girls Aloud. Soon after they got together but their relationship did not work out as Jesse was admitted to rehab multiple times. So they dated from 2006 to 2008.

Who is Nadine Coyle?

Nadine Coyle is an Irish singer, actress, and model. Nadine is known for her single, Go to Work.

She won the 2009 Best Single for The Promise.

As of 2019, Nadine released her single Fool for Love and she is the contestant of I’m a Celebrity…Get Me Out of Here.

Nadine Elizabeth Louise Coyle was born on 15th June 1985 in Derry, Northern Ireland. She is the daughter of Niall Coyle and Lillian Coyle.

Nadine has two sisters Charmaine Coyle and Rachel Coyle. When she was two years old, her parents noticed her talent for singing as she sang Saturday Night at the Movies.

She attended Thornhill College in Derry, Northern Ireland but she was not interested in education.

Nadine auditioned for the Irish reality TV show Popstars in 2001 where she won a place in the band Six. Judge of Popstars, Louis Walsh encouraged her to enter Popstars: The Rivals.

Girls Aloud released their first single Sound of the Underground that peaked at number one on the UK Singles Chart. Their other singles are I’ll Stand by You, Walk This Way, and The Promise.

The band did a great job until the year 2009 when they decided to pursue a solo career. However, in November 2012, Girls Aloud reunited to celebrate their tenth anniversary.

On 18th November 2012, their first single after the reunion, Something New was released.

After She departed from the band, she collaborated with Boyz II Men for their album Love. In August 2010, Nadine signed a deal with the grocery chain Tesco and released the album through her own Black Pen Records imprint.

Nadine worked with many songwriters and producers like Desmond Child, Guy Chambers, Mike Elizondo, Steve Booker, Toby Gad, and others.

On the 2012 America’s Next Top Model, she was the Mentor for Episode 6 in Season 18. Her recent appearance on TV is in Soft Border Patrol, Saturday Kitchen, Living With Lucy, The Hit List, and I’m a Celebrity…Get Me Out of Here!

Nadine is a brown-eyed-brunette. She is 5 feet 5 inches tall and weighs around 57 kg.