Nadine Samonte is a Filipina actress and commercial model. She was seen in StarStruck. She is married and has two kids.

Nadine Samonte is a married woman. She married Richard Chua on 30 Oct 2013. They have a child namely, Heather Sloane. Again, they welcomed their son named Austin Titus in 2019. 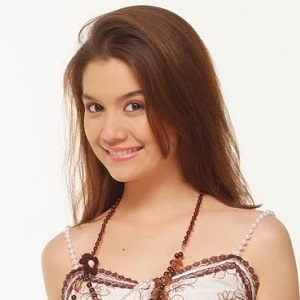 Who is Nadine Samonte?

Nadine is a Filipina actress and commercial model. Her birth name is Nadine Burgos Eidloth-Chua. Besides that, she participated as an Avenger of the first season of StarStruck.

She belongs to German- Philippine nationality and English ethnicity. Her birth sign is Pisces.

Talking about her profession, Nadine Samonte entered the world of fashion, glamour, and entertainment as a commercial model. Whereas, she made her debut in television with the Philippine reality talent competition ‘StarStruck’.

This series was created by ‘GMA Network and debuted on October 27, 2003, where she also emerged among the most popular reality contests that featured on Philippine television. Likewise, she was also selected as one of the contenders for ‘StarStruck’ in its first season.

During 2004, she also remained part of the Philippine musical variety show ‘SOP Gigsters’. Over the years, this talented actress displayed her mettle by performing in both lead characters and those of the main antagonist in several series with great élan.

Moreover, some of the lead roles she has played include Pink Angel Abby in ‘My Guardian Abby’ (2005), Catherine Clemente in ‘Sine Novela: Kung Mahawi Man Ang Ulap’ (2007), as well as in Elsa Parul-Abrigo in ‘Sine Novela: Maging Akin Ka Lamang’ (2008), and took part in the comedy game show ‘Celebrity Bluff’ in 2016.

There was a rumor that Isabel confessed that a minor misunderstanding did occur in the past. Isabel and Nadine worked together in the television remake of the 1987 hit movie, Maging Akin KaLamang.