Naima Mora is a supermodel of America's Next Top Model (ANTM) Cycle 4. 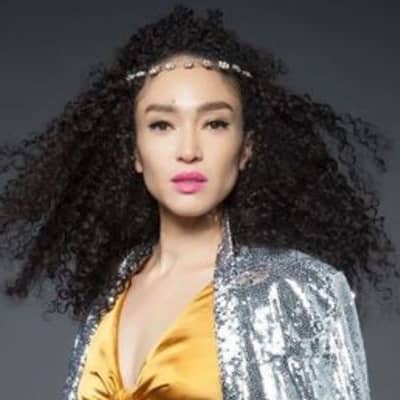 Naima Mora at present is possibly single. The details about her boyfriend or affair are not published.

Who is Naima Mora?

Naima Mora is an American supermodel. She is also a television personality who rose to fame after appearing on America’s Next Top Model (ANTM) Cycle 4.

She was born on 01 March 1984 in Detroit, Michigan, U.S. The names of her father and her mother are Francisco Mora Catlett and Theresa Mora Jones respectively.

Her dad is a jazz percussionist and her mom is a jazz vocalist plus entrepreneur. Naima belongs to mixed (Mexican, All-American, Irish) ancestry.

She has five sisters. Her twin sister Nia is a photographer. Similarly, her older sister Ife Sanchez Mora is a singer.

Regarding academics, she attended and graduated from Cass Technical High School in 2002.

Naima Mora appeared in America’s Next Top Model in 2005 with other contestants Brita Petersons, Sarah Dankelman, Brandy Rusher, and more.

She won the competition by defeating the runner-up Kahlen Rondot.

As a model, she is very successful. She was featured in magazines such as CoverGirl, ELLE Magazine, Fuego Magazine, Us Weekly Magazine, Radar, and more.

Naima is associated with agencies like Ford Models, Basic Models, and 301 Model Management. She also appeared as a guest in TV shows The Tyra Banks Show and Veronica Mars.

She is also a great singer and used to be in the band Chewing Pics. But it was dissolved in 2009. Naima is now with another music group Galaxy of Tar.

As a model, she was sponsored by brands like Nike Women, Vita CoCo, WNBA Los Angeles Sparks, and Bartaile. Some of the top model’s financial worth is,

Regarding Naima Mora’s body features, her height is 5 ft 9 inches and her body weight is 55 kg. Moreover, her eyes are dark brown and her hair is black.

Naima is available on social sites. She has over 12k and 86k followers on Twitter and Instagram respectively.