Nairobi has its first all-women night club for dance parties where men are completely banned!

Posted on August 21, 2019 | In Entertainment , Interesting Facts
Share this 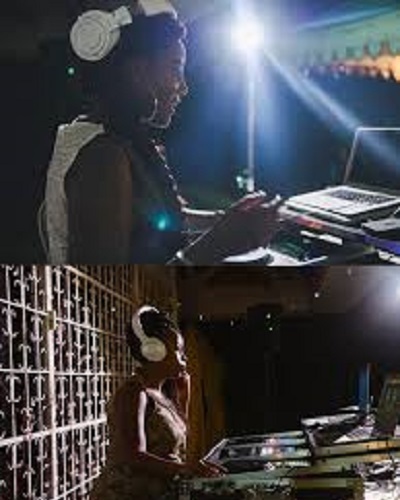 Nairobi now has an all-women night club and dance parties where men are banned. Njoki Ngumi, Njeri Gatungo, and Akati Khasiani started this safe place for women and it has been a success. Women of all faith come to this place called the Strictly Silk but the Muslim women particularly like it more.

The concept of this might club came from Njoki Ngumi, Njeri Gatungo, and Akati Khasiani. They are all members of The Nest Collective which is a Kenyan multi-disciplinary arts collective that additionally works across film, music, fashion and other arts. The trio began these dance parties in the year 2018 and in a year’s time, it has picked up and become popular.

Here men are totally banned. They are only allowed in to drop women but have to leave the area immediately. Besides the party-goers, even the bartenders, security officers, DJs, sound mixers, MCs and ushers are females.

“2018 was a difficult year for a lot of Kenyan women. There were a lot of stories about violence and people were becoming bolder about misogyny online and offline,”

“There were a lot of stories around sexual harassment. We just wanted to curate this energy in celebration of women in spaces that are not usually welcome for women and especially things to do with nightlife,”

Nairobi, the capital of Kenya has been ranked sixth amongst 22 global cities where women face more chances of sexual harassment. There have been many some well-publicized cases of rape and also femicide. Kenyan women r n 50% chance of getting sexually harassed in public areas. This year 50 femicide cases have been recorded in just five months, the Federation of Women Lawyers Kenya (Fida Kenya) stated.

Hence considering the lack of safety for women in public areas such as clubs, Strictly Silk has been welcome by women there.

What do the clients of Strictly Silk say?

These safe nightlife spaces for women are lauded by its clients. Jane, 26 attends these parties, with friend Shani. She said:

“You have to be so strict in a place with men. You just want to go out with your friends and men interfere,”

“So having a space where it’s all women immediately feels safe and you feel you are with people who understand you.”

“When I learnt that it is a safe space for women I immediately signed up,”

“Some of us have to remove our hijabs to blend in when we are out dancing. When they see you with a hijab, people are surprised and wonder what you are doing there.

“A space like this is also better because we are forbidden from freely mingling with men,”

“It’s difficult because there are simply no exclusive all-women clubs,”