Najee Richardson is a well-recognized American gymnast, actor, stuntman, and athlete. Najee Richarson is presently single and he is not dating anyone at the moment.

Talking about his love life, Najee Richarson is presently single and he is not dating anyone at the moment. He might be focused on his career right now.

Moreover, the star has not shared his relationship details or affair news in the public or media till now. It seems Richardson prefers keeping his profile low-key. 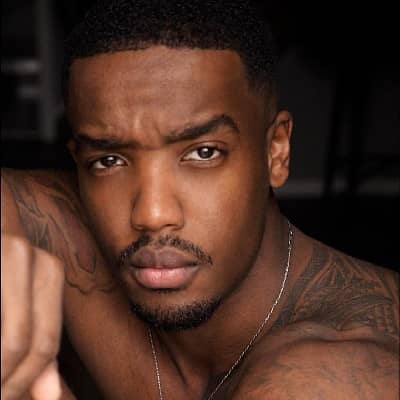 Who is Najee Richardson?

Najee Richardson is a well-recognized American gymnast, actor, stuntman, and athlete. Richardson is widely famed for his presence in American Ninja Warrior seasons 7, 8, 9, 10, 11, and 12.

Najee Richardson was born on 26 March 1991. At present, his age is 30 years old. Likewise, his birthplace is Philadelphia, Pennsylvania, the USA.

Najee is the son of his father, Leo Richardson whereas his mother is Dara Richardson. Moreover, he has not shared his sibling’s information in the public till now.

Talking about his nationality, Najee holds an American identity whereas his ethnicity is African-American.

Regarding education, the athlete studied at Robert Morris Elementary School. He was highly attentive to sports and running in his childhood. Despite facing bullying for his skinny body, the star never quit his passion.

Professionally, Najee is a gymnast, stunt actor, and athlete. Noticing the positive impact gymnastics was having on him and wanting desperately to keep their son from going down the wrong path, Najee was signed for the Temple Boys Gymnastics Team where he would spend the next seven years of his life, training 24 hours a week.

Later, Richardson won numerous, state and regional titles on the Floor and Vault apparatus, along with competing in the Junior Olympic National Champions 4years consecutively. He was also named the 2009 USA Gymnastics Most Outstanding Senior in the State of Pennsylvania.

In the next season of American Ninja Warrior, he participated in his hometown. In the city finals, Najee failed the Stair Hopper and was placed 6th overall in the top 15 and advanced to the Vegas finals.

The star returned to season 10 and won $10,000 and became the 6th competitor to successfully do so. He finished off placing the sixth-fastest time in qualifying. In the national finals, Najee finished Stage 1 with 22.14 seconds left on the clock. The athlete once again defeated Wingnut Alley, becoming one of three yet again to do so.

30 years old gymnast, Richardson has earned a handsome amount of money from his profession. He lives a lavish lifestyle with his family.

However, the star athlete has not disclosed his exact salary, earnings, and assets details till now.

Richardson has never been part of any controversial matter or rumors till now. The athlete has been preoccupied with his professional and private life.

It seems that Najee prefers enjoying his personal life and does not want to merge it with his professional life.

30 years old, Najee has a muscular body, attractive shapes, and an admirable personality. He has not mentioned his true height but seems to be nearly 6 feet.

Furthermore, Najee has brown eyes whereas his hair is black.

Regarding his social media presence, Najee Richardson is an active personality on social media. Richardson has more than 66.3k followers on his official Instagram account @the.flying.phoenix.

He is also active on Twitter with around 5.3k followers.

Moreover, Najee is also available on Facebook with nearly 26k fans and supporters.