Updated On January 5, 2023 | Published By: Claude Payton
Share this
Divorce 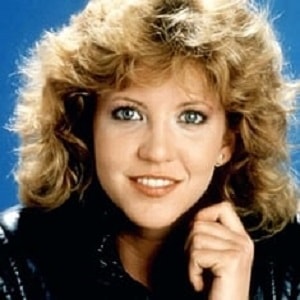 When I was 22, my brother and his partner and another friend of ours, we all took acid and went to three different parties.

All I could see were people trying desperately to have a good time. I said, "Get me home. I can't look at this!" So maybe I was traumatized early on and it stayed with me.

I haven't quit but I'm not going to do anything unless something comes along and I get excited about it. I hope it does. I miss acting. I love acting. I was recently at Universal, doing a fundraiser, and it reminded me of the first time walking onto a soundstage, going, "Oh! This is where I belong."

Who is Nancy Allen currently dating?

She was previously married to Brian De Palma on January 12, 1979, and after 5 years of marriage, they ended with divorce in 1984.

Then, she married Craig Shoemaker on September 6, 1992. After two years, they ended in divorce.

After that, she married Randy Bailey in June 1998.

Also, they could not hold the relationship and end in divorce on May 17, 2007. After that, Nancy has not been linked with anyone.

Who is Nancy Allen?

Nancy Allen is an American actress and anti-cancer activist.

Her birth name is Nancy Anne Allen and she is currently 72 years old.

She is the youngest of three children. She was raised in Yonkers where her father was a police lieutenant.

Nancy holds American citizenship but her ethnicity is unknown.

Nancy Allen was enrolled in dance classes at the age of four by her mother.

Later, she joined the High School of Performing Arts where she trained for a dancing career, and also attended Jose Quintano’s School for Young Professionals.

Nancy Allen debuted her film career in the movie ‘The Last Detail’ in which she portrayed the role of Nancy.

After that role, she became inspired and moved to Los Angeles in order to continue her acting career.

She gained more fame from the character of officer Anne Lewis in the science fiction/action ‘Robocop’ in 1987.

Nancy Allen does not want to harm others and likes to keep her profile low hence, she has not been involved in any type of rumors or controversies.

She has hazel eyes and blonde hair. Her body measurement is 34-27-35 inches.

To know more about Hayley Erin, Summer Fontana, and Lydia Hearst, please click on the link.

Bristol Palin: her recent delivery, teenage pregnancy, relationships and challenges: Learn on all that here!