Nancy Grace is an American television journalist and legal commentator. 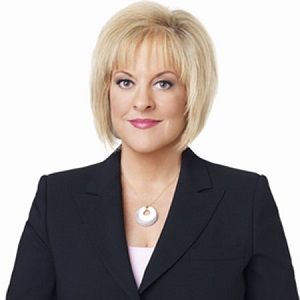 I don't expect everybody to like me. If you try to please everybody, by changing your position and your personality, every time you do that you lose a little bit of yourself.

Nancy Grace is married to David Linch who is an Atlanta investment banker. Likewise, the couple tied the knot in 2007 April in as small and a private ceremony. The couple first met in the 1970s while she was attending Mercer University. The couple has twins together among them one is a boy and another is a girl, respectively named John David Linch and Lucy Elizabeth Linch.

Moreover, before her marriage, she was engaged to her boyfriend Keith Griffin. Whereas, he was murdered in 1979 by his former co-worker named Tommy McCoy. In an interview with Piers Morgan, she said that she dropped 89 pounds because of the effect of her fiancée’s death.

Who is Nancy Grace?

She also co-wrote the book Objection! Besides that, Grace was also the arbiter of Swift Justice with Nancy Grace in the syndicated courtroom reality show’s first season.

Nancy Grace was born in Macon, Georgia, the United States on October 23, 1959. Her birth name is Nancy Ann Grace and she is currently 59 years old. Her father’s name is Mac Grace (freight agent) and her mother’s name is  Elizabeth Grace (factory worker).

She has two siblings namely, Mac Jr. and Ginny. Nancy holds American citizenship, but her ethnicity is unknown. Her birth sign is Scorpio.

Nancy completed graduation from Macon’s Windsor Academy in the year 1997. Likewise, for graduation, she attended Valdosta State University. She completed her BA at Mercer University.

Talking about her profession, Grace was approached by and accepted an offer from Court TV founder Steven Brill to do a legal commentary show alongside Johnnie Cochran.

Additionally, Grace was moved to a solo trial coverage show on Court TV, she hosted Trial Heat from 1996-2004, then Closing Arguments from 2004-2007, replacing Lisa Bloom and James Curtis, both of whom were hosting Trial Heat at that point.

In addition, Grace also hosted Swift Justice with Nancy Grace premiering September 13, 2010, and running until May 2011. Unfortunately, Grace left the show due to productions moving from Atlanta to Los Angeles.

She was nominated for Daytime Emmy Award for Outstanding Legal/Courtroom Program for Swift Justice with Nancy Grace (2010). Unfortunately, she has not yet won any of the awards.

She has an estimated net worth of around $2.5 million earned from her professional career.

There was a controversy for her wildly negative depiction of recreational marijuana users. Additionally, Grace made statements such as users were “fat and lazy” and that anyone who disagreed with her was “lethargic, sitting on the sofa, eating chips” to CNN’s news. Currently, she is far from rumors and controversies.

Nancy has a height of 5 feet 2 inches. Additionally, he weighs is 54Kg. Nancy’s hair color is blonde and her eye color is dark brown. Furthermore, her dress size is 4 (US) and her shoe size is 8 (US).

Also, read the affair, salary, the net worth, controversy, and the bio of Emily Smith, Juju Chang, Brit Hume

‘It is disgraceful’-Lamar Odom’s cousin’s reaction to Khloe Kardashian’s recent disclosure about her fake trying for pregnancy with Lamar! Read on to know the whole controversy!