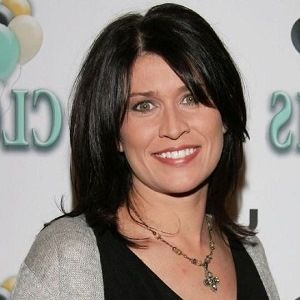 We went through puberty on camera. The audience saw us go through our ugliest times and come out all right.

I don't really think that way. If I were to cross the river tomorrow, I'd think I had had as good a time here [on earth] as people could have. I'm enjoying the day and watching how things evolve.

] I hope we're put in the same league as other cop shows. Female or male, it's the same job. Hopefully, we will be able to hold our heads up high and be considered among the best shows, like NYPD Blue (1993).

Nancy McKeon is married. She dated a Canadian actor Michael J. Fox in 1982. Whereas, they were co-stars in TV movie High School U.S.A. Then, after dating for almost 3 years, they broke up in 1985.

Then, she started dating her The Facts of Life co-star Michael Damian in 1987. In fact, they were in a relationship for 2 years before separating in 1989.

Additionally, she dated a Canadian ice hockey player Luc Robitaille were in a romantic relationship from 1990 to 1991.

Moreover, she started dating an actor and show presenter, Marc Andrus in the year 1993. Then, after dating for 10 years, they eventually got married on June 8, 2003. The couple has 2 daughters together namely, Aurora and Harlow Andrus.

Who is Nancy McKeon?

Nancy is an American actress. She is well known for her roles as Jo Polniaczek on the NBC sitcom The Facts of Life and Jinny Exstead on The Division.

Nancy was born in Westbury, New York, the United States on April 4, 1966, age (52). She is the daughter of Donald McKeon(father) and Barbara McKeon (mother). Her father was a travel agent, and her mother was an Author.

She has a sibling namely, Philip McKeon. She belongs to American nationality and her ethnicity is unknown. Her birth sign is Aries.

On talking about her education, she attended Bellarmine-Jefferson High School. There is no information about her college and university.

On talking about her profession, she started her acting at the age of just two. Similarly, she also acted in some commercials that promoted baby products. Whereas, as a child artist, she also appeared in several soap operas like ‘The Secret Strom’ and ‘Another World’. Till the early 1980s, the career of she did not really take off. Similarly, she continued to act in some commercials. During 1980, she got a promising role of the daughter of a detective in a police drama called ‘Stone’.

Whereas, she caught the attention of the casting director of the TV series, ‘The Facts of Life’ when she was performing in the advertisement for Hallmark greeting cards. Likewise, she was also given a key role of tomboy Jo Polniaczek in the sitcom ‘The Facts of Life’ from its second season. While working for the sitcom, she also lent her voice to many cartoon characters like Scruffy. After the discontinuation of The Facts of Life, her career again took a hit when she lost in the auditions of a number of hit TV series like ‘Working Girl’ and ‘Friends’.

During 1992, she also made her debut in movies when she starred in ‘Where the Day Takes You’ with Will Smith. During 1995, she also produced her own TV series, ‘Can’t Hurry Love’ which was a flop and had to be discontinued after the first season. Additionally, in the late 1990s and early 2000s, she also starred in some TV series like ‘Style & Substance’, ‘The Division’, and ‘Sonny with a Chance’. In addition, she also continues to act in TV series and TV miniseries.

There is no information regarding her income, salary. Whereas, her net worth was around $6 million.

There was a rumor that Nancy and Luc Robitaille were engaged and living together at one point. Unfortunately, their relationship didn’t last more than 1 year as the couple broke up in 1991. Currently, she is far from rumors and controversies.

On talking about her body measurements, Nancy has a height of 5 feet 6 inches. Additionally, she weighs is 61Kg. Nancy’s hair color is dark brown and her eye color is green.

Also, read the affair, salary, the net worth, controversy, and the bio of  Drena De Niro, Erica Rose, Traci Bingham