(Businesswoman and the vice president)

Nancy Shevell comes from a well off family of Shevell Group of Companies. She is a vice president there. Nancy is married to The Beatles band member, Paul McCartney since 2011. 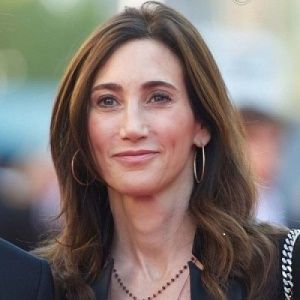 Nancy Shevell is a married woman. She is married to her boyfriend, Paul McCartney. He is the band member of the band The Beatles. She is Paul’s third wife. The couple tied the knot on October 9, 2011.

The couple met for the first time in the Hamptons, on New York’s Long Island. Both of them were going through a bad relationship during that time while she was on the process of legal separation with her ex-husband, Bruce Blakeman.

So, they understood each other and started getting close. When they had hooked up, they tried to hide their relationship from the media.

However, after the divorce, they revealed their relationship and got engaged. They decided to get married and the news was that she signed a prenuptial agreement before they took vows.

Previously, Nancy Shevell was married to Bruce Blakeman, a lawyer turned politician. They were together in college and this is how they met. They have a son Arlen Blakeman. But in 2008, they divorced.

Who is Nancy Shevell?

Nancy Shevell is a businesswoman and the vice president of the Shevell Group of Companies. She is renowned after she got married to the famous The Beatles band member, Paul McCartney. She is one strong woman as she is one of the cancer survivors.

Nancy Shevell was born on 20th November 1959, in New York City, New York, United States. She was raised in Edison, New Jersey. Her ethnicity is Jewish and nationality is American.

Her mother’s name is Arlene Shevell and her father’s name is Myron P. Shevell. Her father was a businessman and used to own ‘New England Motor Freight,’ and Arlene. Her mother expired in 1991 due to breast cancer.

Nancy Shevell has a sister, Susan Shevell and a brother, Jon Shevell. She was born a girl but had the habits of boys in her childhood. Also, she loved playing football, skiing, and flying.

She was also a part of her school’s football team. However, she never liked playing with toys instead, like boys, she loved toy trucks. This is how she developed an interest in her father’s business.

Shevell graduated from Arizona State University and has a degree in transportation. When she studied that subject, she was among the few women to study that subject.

Nancy started her career working in her father’s company itself. Her father and uncle’s Shevell brothers company was found guilty due to fraudulence and it was declared bankrupt. Her uncle could not take the stress and committed suicide while her father was strong. Furthermore, she was a member of the board in the New York Metropolitan Transportation Authority

After a span of time, her dad again opened a trucking company ‘New England Motor Freight.’ It was the subsidiary company of the ‘Shevell Group Of Companies.’ But this too was declared fraudulent and his father was guilty of it.

Then Nancy Shevell joined the business and after three years of her joining, she became the vice president of the company. Soon in 2001, she was selected as one of the board members of ‘The Metropolitan Transportation Authority.’

Shevell owns and looks after the business for a very long time. Also, she is one of the board members of the largest public transportation authority in the state of New York. Hence, her net worth is estimated to be $200 million.

There are no rumors regarding her personal and professional life. It seems she is doing the best job without harming others for which she hasn’t been a part of controversy yet. She is loved by everyone for her work and adorable looks.

Also, read the affair, salary, the net worth, controversy, and the bio of Helena Seger, Sharon Mobley Stow, Nicole Tuck