Nany Gonzalez has not disclosed her dating life openly. However, on her Instagram, she has a picture with a mystery man. He might be her boyfriend but she hasn’t confirmed it.

Previously, Nany was in a relationship for six years with a guy named Jordy Berg before she entered ‘The Real World’ in 2011.

In the show, she developed a strong attraction for Adam Royer so, she had on and off relationship for a number of times with Jordy. But currently, she had ended up in her relationship with her longtime boyfriend, Jordy. 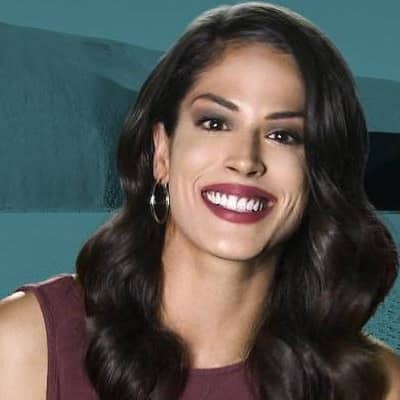 Who is Nany Gonzalez?

Nany Gonzalez is a Dominican-American reality star. She is known for participating in MTV reality shows like The Real World: Las Vegas.

The Reality star was born on 26 January 1989 in Jamestown, New York. As of 2021, she is 32  years old. She holds an American nationality and she belongs to mixed ethnicity of Dominican-American. Her real name is Noemi Carmen and her Zodiac sign is Aquarius.

Nany’s biological father, Leonel got incarcerated before she came into the world who had died back in 2002. Similarly, her mother suffering from a crack addiction whose name is unknown.

Later on, her mother became sober and re-married to Charles. She didn’t know that she has a sibling, a brother, and a sister until hiring private investigators. She has four sisters from her parents named Jasmine, Stephanie, Rosa, and Crystal.

Nany had a dream job to become a parole officer. So, she went to Jamestown Community College to receive a criminal Justice Major degree.

Before entering the entertainment industry, she was an athlete and a cheerleader for a semi-pro hockey team. Nany made her first debut in the 25th season of The Real World: Las Vegas in 2011. A year after her debut, she appeared for the first time in The Challenge: Battle of the seasons in 2012.

Eventually, she is in The Challenge: Total madness. Currently, she appeared in “The Challenge: Double Agent”. She has 24 wins throughout her career in the reality show, with 12 eliminations where she has a record of three wins and nine losses.

The reality star is 5 feet 8 inches tall approximately and her weight is unknown. However, she has a brown hair color as well as eyes color.

Also, her other body measurement remains unknown at the moment.

The reality star has a Twitter account with the deal @NanyCarmenMTV where she has over 1k followers. She is active on Instagram with more than 334k followers.

Moreover, she is active on Facebook with the handle @nanygonzalezrealworld where she has more than 2k followers.