Narvel Blackstock is an artist who started with one of the highest-paid female singers, Reba McEntire. Narvel and Reba eventually married but they divorced because Narvel had an extra-marital affair. 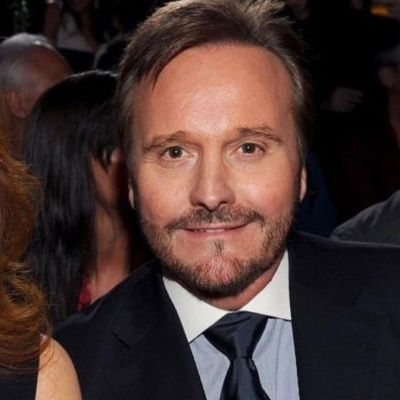 Narvel Blackstock is currently in a relationship with Laura Putty Stroud.

Narvel first married Elisa Gayle Ritter on March 30, 1973. The couple were married until 15 years and later divorced in 1988.

The very next year, after dating for some time, Navel married Reba in a private ceremony on a boat on June 3, 1989. The couple has one son Shelby McEntire Blackstock. In 2015, Narvel and Reba announced their separation.

This romantic guy being single again got into a relationship very soon. He was seen dating Laura Putty Stroud, a real estate agent, and close friend of his ex-wife Reba McEntire.

Who is Narvel Blackstock?

Narvel Blackstock is a former Steel Guitar Player, Television Producer, and Music Manager. He has many music specials like Blake Shelton’s Not So Family.

He can also be seen on a sitcom-like Malibu Country and Secret of Giving. His music clients include Kelly Clarkson, Reba McEntire, and more.

He was born as Narvel Wayne Blackstock in Tarrant Country, Texas U.S.A. on August 31, 1956. His parents are Narvel Leroy Blackstock (father) and Gloria Elizabeth Alexander (mother).

He has a sister, Patricia Ann Blackstock.

The famous guitarist and music manager Narvel did not share any information about his education with anyone. Maybe he wants to keep his education hidden under a curtain.

There is no information about where he started to learn guitar and from where did he got such tremendous knowledge.

Currently, Narvel Blackstock is the manager of Kelly Clarkson and Linda Davis. He has very deep knowledge in the field of music.

At the start, he has performed in many local bands as a guitarist but that didn’t work because of his ambition to gain fame. He earned success every year by his talent. He has managed Reba McEntire, Malibu Country, Secret of Giving, and Not So Family Christmas.

Later, Reba seemed to be familiar with him and they created a company, Starstruck Entertainment. Many years later, Reba and Narvel separated.

Narvel has worked sincerely in his career and has gained fame. He has his name on the list of a millionaire. His total net worth is $5 million.

There was a rumor that he had an affair with his ex-wife Reba’s friend, Laura Stroud after their divorce. In an interview, Reba spoke about her divorce implying that they separated because of Narvel.

Narvel Blackstock is a tall man with 6 feet of height and dark brown hair. His eye color is also dark brown but there is no information about his weight and body stats.