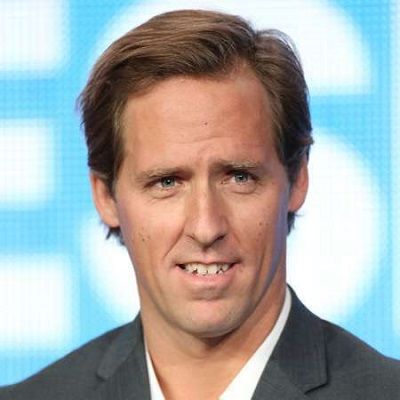 Making a movie is still very difficult in Hollywood, regardless of what you have and what level you're at. It is a house of cards, and things have to perfectly align.

There's something about the schedule of working on TV that's attractive. You know exactly what the next six months are going to be like: You'll work Monday through Friday and have the weekends off, and then there's going to be a hiatus here, so you can kind of plan a little bit.

The benefit of film is that you're shooting something for an intense period of time - and then it's over, and you move on to something else. In TV, you're doing the same thing over and over.

Who is Nat Faxon?

Nat Faxon is an American actor, comedian, voice actor, and screenwriter. Likely, he is well known for his role as ‘Ben Fox’ in the series ‘Ben and Kate,’ and as co-writer of the Academy Award-winning screenplay of ‘The Descendants.’ Initially, he earned his living by appearing in commercials such as State Farm, Saturn, Heineken, etc.

Starting with the 2000 series ‘Grosse Pointe,’ he later worked in a number of series, including ‘Reba,’ ‘Mad Men,’ ‘Up All Night,’ and ‘Trophy Wife.’ Faxon’s film appearances include ‘Orange County,’ ‘Hamlet 2,’ ‘Freeloaders,’ ‘Zookeeper,’ and ‘The Babymakers.’

Nat Faxon was born in Boston, Massachusetts, the United States on October 11, 1975. His birth name is Nathaniel Faxon and he is currently 43 years old. His (father’s and mother’s name is unknown). Unfortunately, there is no much information about him and his family.

There is no information about his siblings. Nat holds American citizenship and mixed (English- Ashkenazi Jewish) ethnicity. His birth sign is Libra.

Talking about Nat’s education history, he studied at the ‘Brookwood School,’ Boston, and then joined ‘Holderness School,’ in Plymouth, New Hampshire. Later, Faxon studied at the ‘Hamilton College.’

Talking about his profession, Faxon began his career with the Los Angeles based improvisational and sketch comedy troupe and school, ‘The Groundlings.’ He was with the institute for nearly one decade, which helped improve his performing arts skills. Here he met Jim Rash, who later became his writing partner.

Additionally, he appeared for Holiday Inn hotels, Blockbuster, Swiffer Duster, Saturn, State Farm, Heineken, TiVo among others. Faxon’s made his screen debut in an episode of ‘Rude Awakening,’ in 1999. In addition, his first significant role as ‘Kevin’ came in 17 episodes of the satirical TV series ‘Grosse Pointe’ (2000).

Likewise, he followed this up by guest appearances in TV series such as ‘Significant Others,’ ‘Reno 911!,’‘ Joey,’ ‘NCIS,’ and ‘Happy Hour.’ In fact, he made guest appearances in the film ‘The Medicine Show’ and television movies ‘In My Opinion’ and ‘Romy and Michele: In the Beginning.’ Additionally, he worked in films, ‘Orange County,’ ‘Slackers,’ ‘Club Dread,’ and ‘Lower Learning.’

In the year 2012, Faxon appeared in the lead role of ‘Ben Fox’ in the Fox TV sitcom ‘Ben and Kate.’ After this series, his next lead role came as ‘Russ Bowman’ in FX comedy series ‘Married,’ where he appeared opposite Judy Greer. Besides that, he lent his voice to several characters on ‘The Cleveland Show,’ and ‘American Dad!.’ He was the voice of ‘The Fro’ in the 2009 MTV animated series ‘DJ & the Fro.’

Nat Faxon has an estimated net worth of around $6 million and he has earned that sum of money from his professional career.

Currently, there are no desperate rumors regarding Nat’s personal and professional life. He is far from rumors and controversies.

Nat Faxon has a height of 5 feet 11 inches and his weight is unknown. Nat’s hair color is blonde and his eyes color is grayish-green.