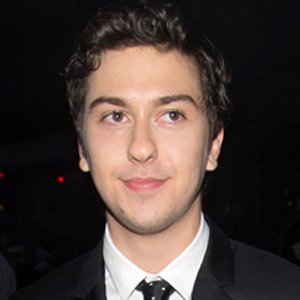 Jazz is smooth and cool. Jazz is rage. Jazz flows like water. Jazz never seems to begin or end. Jazz isn't methodical, but jazz isn't messy either. Jazz is a conversation, a give and take. Jazz is the connection and communication between musicians. Jazz is abandon.

I think as long as I have a creative outlet, I'm happy.

Reflecting on a personal life of Nat Wolff, he is possibly single. Although his career took on a successful path his love life couldn’t do so.

Previously, he was in a relationship with Bella Thorne but his relationship couldn’t last for long and he moved on with Miranda Cosgrove in 2009. The couple dated till 2011 but due to some reason, they broke up.

He was in a romantic relationship with Margaret Qualley in 2012 which soon ended in 2014. In 2015, he was rumored to have a hooked up, Ashley Benson and Suki Waterhouse.

There isn’t any record of him being in other relationship that we know of. His personal life isn’t in the limelight as his career path is. There isn’t any solid proof which leads towards his married life and children.

Who is Nat Wolff?

Young and rising artist Nat Wolff is an American renown actor, singer-songwriter, and musician. He is best known for his acting as Isaac c in the 2014 film The Fault in our Stars and Quentin in the 2015 film Paper Towns.

The daughter of Michael Wolff(father) and Polly Draper(mother), Nat Wolff was born in Los Angeles, California. He was born on 17 December 1994 and named as Nathaniel Marvin Wolff.

His mother worked as an actress and his father worked as a jazz pianist for The Arsenio Hall Show. He has an elder brother Alex Wolff with whom he was raised.

He is of American nationality and has a mixed ethnicity of Ashkenazi Jewish, English, German, Scottish, Portuguese Azorean, Welsh, Jersey/Channel Islander, and French.

Nat attended a private school in New York. There isn’t much information regarding his education. Since childhood, he has built up a strong interest towards entertainment field.

In 2007, he also appeared as the main cast as himself in The Naked Brothers Band television series. His father has produced the series soundtrack. With his impressing acting skills he is successful impressing fans and critics. In 2009, he appeared in television film Mr. Troop Mom portraying the character of himself.

Wolff has appeared in numerous films including The Last Keeper, Ashby, Paper Towns, Stuck in love, and much more. For his acting skills, he has been nominated for the various awards show and he has successfully won BMI Awards, Teen Choice Awards, and CinemaCon Awards.

Nat Wolff: Salary and Net Worth

His success in career path has paid him well financially. Although it’s hard to put up an actual annual salary in the figure, his net worth is estimated to be $3 million. He is currently involved in his upcoming movies Death Note, Home Again, and Rosy.

In 2015, he was rumored to have, hooked up Ashley Benson and Suki Waterhouse.

Nat has a height of 6 feet 1 inches and weighs around 71 kg. His hair color is dark brown and eye color is light brown. His chest, biceps, and waist size is 37-12.5-32 inches respectively. He wears a shoe size of 10(US).

Natural performer, Hannah Alligood an Actress growing her career pretty well and it’s all outcome of her parents support!