Nat Zang is an actor who was born in the US. 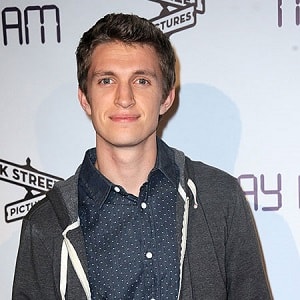 Nat Zang is currently in a relationship. He is dating Anastasia Baranova. She is an American-Russian actress.

Who is Nat Zang?

Nat Zang is an American actor who has been successful in collecting name and fame in a very short period of time.

He is famous for his role as Ten Thousand/10k in the SyFy network television series ‘Z Nation’.

He was born on March 4, 1996, in Seattle Washington. Nat is currently 23 years old. He has two siblings.

He debuted his stage acting at the School House Rock Live Show at the age of 11. Nat signed a contract with Big Fish NW Talent Agency during his senior years at high school.

He made his professional acting debut from the SyFy network TV series, ‘Z Nation’ in which he portrayed the character named Thomas 10k. Because of his role, his fans highly appreciated him. He starred opposite Kellita Smith in the television series. His name 10k was given in the series as he had to kill 10,000 zombies in the series.

He has a height of 5 ft. 10 inches. Nat has brown hair and hazel eyes. Other information regarding his weight, shoe size, etc. are unknown.