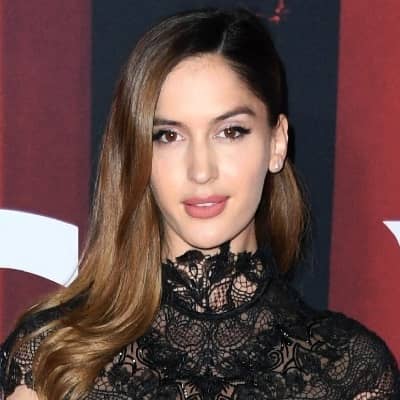 Natalia is single and isn’t engaged in any relationship as of now.

Previously, she was in a relationship with singer-songwriter Maluma, real name Juan Luis Londoño Arias. They first met in 2017 while shooting for the music video Felices Los 4.

The duo was spotted vacationing in Portofino, Italy in January 2018 and also pictured holding hands and kissing. After that, it was known that they were dating.

In early February, they even got inked with matching infinity signs on their left thumbs further cementing their love for each other. In June 2018, they also celebrated their anniversary on a private jet. However, the couple gets separated in 2019.

After that Natalia is said to be dating Neymar who is a famous Brazilian Soccer Player.

Who is Natalia Barulich?

She is well known for appearing on the covers of publications like Maxim and L’Officiel.

Natalia Barulich was born on January 13, 1992, in California, United States of America.

Her mother is Cuban and likely her father is Croatian. Other than this there is no other information regarding them. She has a brother.

Natalia began singing in the choir from the young age of five or six. She was interested in music and dance from a very early age.

She holds an American nationality and has Cuban-Croatian Origin.

Natalia has trained in ballet dancing for 16 years. She also performed as a professional ballerina for 5 years. Although she decided to ditch her ballet professional later.

Natalie has even competed in the Miss California USA pageant in the year 2012.

Natalia formed a female DJ duo ‘Atmsphre’ with her friend Esther Anaya in 2016.

They first met at the Atmosphere Music & Dancers. After working for more than seven years together, they formed their duo. The duo has performed around the world from Los Angeles to Bali to Morocco.

Talking more, she gained most fame after appearing in the music video for Maluma’s song ‘Felices Los 4’. She then appeared on music videos by artists like Britney Spears, Calvin Harris, and Jencarlos Canela.

Natalia has amassed a net worth of around $2 million as of 2021.

The song “Hawaii” has gone popular around the world. Rumors were spread about the alleged rivalry between Natalia and her ex-boyfriend Maluma who maintains a friendship with Neymar.

Maluma clarified the situation and assured the theme wasn’t dedicated to any of them. Also, he denied having any conflict with Neymar regarding Natalia.

Natalia has an average height of 5 feet and 7 inches and weighs 50 kg. She has a perfect body figure with a measurement of 34-25-35 inches.

Similarly, she has brown hair and brown eyes as well.

Natalia Barulich has accumulated over 3.6M followers on her Instagram account. And she joined in March in Dec 2012 and has around 3K followers now.

Also, get to know about Savannah Lee May, James Hyde, Danielley Ayala, and Niece Waidhofer.