Natalie Appleton is an English-Canadian singer-songwriter and actress. She is a member of the group All Saints. 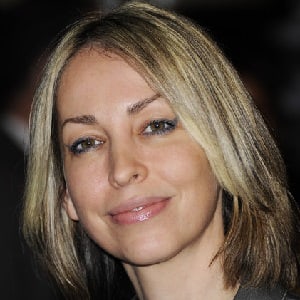 Natalie Appleton was previously in a relationship with Carl Robinson. The pair has a daughter, Rachel Appleton. They later married in 1993 and later separated.

In the 1990s, Appleton also dated television presenter Jamie Theakston and actor Jonny Lee Miller. Additionally, she began dating Liam Howlett in 2000. The couple later married on 7 June 2002. The wedding ceremony took place in France. They have a son, Ace Billy Howlett who was born on 2 March 2004.

Who is Natalie Appleton?

Natalie Appleton is an English-Canadian singer-songwriter and actress. She is a member of the group All Saints. Additionally, she also formed the duo, Appleton with her younger sister Nicole. She acted in the movie ‘Honest’ in 2000.

Appleton was born as Natalie Jane Appleton in Mississauga, Canada on May 14, 1973. She was born to parents Mary and Kenbut Appleton. Additionally, she has three sisters, Nicole, Lori, and Lee. Throughout most of her childhood years, she grew up in Toronto, New York City, and London. She is of Canadian nationality. Furthermore, she belongs to a mixed ethnic background of Jewish and English.

Talking about her education, Appleton attended high school in Ellenville, New York. However, she later quit the school to sing at a Borscht Belt country club. Additionally, she attended the Sylvia Young Theatre School after moving to London.

In All Saint’s five-year career, Appleton scored a total of five number one singles. Later, she formed the duo Appleton alongside her sister Nicole. The pair launched their first single ‘Fantasy’ in September 2002. They released their album ‘Everything’s Eventual’ in early 2003. Additionally, the band ‘All Saints’ reunited and released their third studio album titled ‘Studio 1’ on 13 November 2006. Furthermore, since then, she has appeared in several numerous television series.

Some television series that Appleton has appeared in are ‘Sunday Brunch’, ‘TRL Italy’, ‘Children in Need’, ‘Friday Night with Jonathan Ross’, ‘Richard & Judy’, ‘This Morning’, ‘Live at the Apollo’, ‘PJ’s Storytime’, ‘25 Years of Smash Hits’, ‘Top of the Pops’, ‘The Priory’, ‘Never Mind the Buzzcocks’, ‘Live & Kicking’, ‘The National Lottery’, and ‘Gamesmaster’ among others.

Appleton has not revealed her current salary. However, she has an estimated net worth of around $ 15 million at present.

Appleton sisters have been part of several scandals over the years. At present, there are no rumors concerning her life and career.

Talking about her body measurement, Appleton has a height of 5 feet 5 inches (1.65 m). Additionally, her hair color is blonde and her eye color is dark brown.