NCIS: LA actress Natalie Britton is married and a mother of one.

In the year 2012, Natalie and Robert Mitchell met. Robert is a New York-Los Angeles-based actor. They started dating and exchanged vows in 2015. The couple also welcomed their first son, Oakley Britton in 2017.

There seems to be much love between the couple. They often share their photos on their social media account. 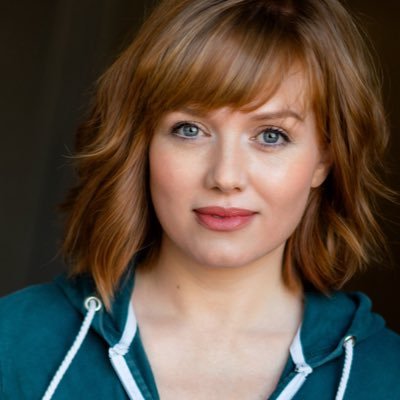 Who is Natalie Britton?

Natalie Britton is an Irish actress. She works in TV, Film, VO, and Theatre. Natalie has started her own production company.

The actress received the Rising Star award in 2018 from Irish Screen America.

Moreover, she is best known for her roles in NCIS: LA, Fuller House, In Vino, and Doubt.

Natalie was born on February 21, 1985, in Dublin, Ireland. She grows up in Ireland. She is 36 years old. The names of her parents and sibling are not disclosed yet.

But she often posts their pictures on Instagram. Britton just wishes her mother her birthday via Instagram post. Her grandmother, Maureen O’Hara just passed away on April 7.

She has dual Irish and Canadian Citizenship and is of mixed (Irish and French) ethnicity. This actress is fluent in English, Irish, and Spanish (conversational French & German).

Natalie attended ALRA Drama School in London with a 3-year scholarship. She also has a BA honors degree in International Marketing & Languages from Dublin City University.

Natalie Britton starred in the series “Perrier’s Bounty” in the year 2009. And she also appeared in the movie, “In Vino”.

She also worked on TV shows including “NCIS: LA”, “Fuller House”, “Doubt” and “Girlboss”. Recently, she was seen playing a recurring role on a new Amazon show for Sony Studios called “Them: Covenant”.

Her theater and stage work includes various Shakespeare plays, Elsie Mandelspiegel in “The Time of Your Life” at the Finborough Theatre and Janice Keating in the world premiere of “Corktown ’57” at The Odyssey Theatre in Los Angeles.

From 2012, she started working in the United States and now travels to various places around the world, wherever and whenever the work takes her.

Natalie is also an Independent Producer. In 2018, she started her own production company called “Queen’s Gambit Films”.

It focuses on brave storytelling, championing females, and giving a platform to underserved voices.

Natalie’s net worth is around $4 million. Information regarding her salary and assets is not available.

To date, she has not been in any sort of rumors and controversies. Though she appears in the headlines of media due to her work and professional life.

Natalie Britton has a perfect figure body standing with a height of 5 feet 7 inches. She has light brown colored hair and blue colored eyes.