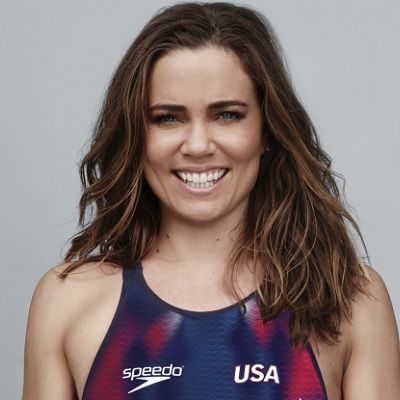 I actually love swimming but I just hate jumping in the water. ...

I live in a swimsuit so I'm really comfortable with my body. ...

I generally wake up at 4:30, have breakfast No. 1, then get to the pool by 5 a.m. Read more at https://www.brainyquote.com/authors/natalie-coughlin-quotes

I don't have any superstitions, but what I always travel with is my pillow and my coffee.

Natalie Coughlin is married to Ethan Hall. Ethan is a swim coach by profession. They married on 25 April 2009.

Together, they welcomed a daughter, Zennie Mae Hall in October 2018. The name Zennie is kept after her mother’s name.

Her Instagram posts suggest that she likes horse riding, cooking, and spending quality time with her daughter. She enjoys walking in her Vineyard.

Who is Natalie Coughlin?

American Natalie Coughlin is a 12-time Olympics medalist Swimmer. Coughlin is renowned for the swimming strokes like Individual Medley, breaststroke, and freestyle events.

She is also the co-founder of GADERIAN WINES.

Natalie Coughlin was born as Natalie Anne Coughlin Hall on the 23rd of August 1982 in Vallejo, California, the U.S. Her father, Jim Coughlin, and mother, Zennie Coughlin is Irish and Filipino ancestry.

First, Natalie attended St. Catherine of Siena School, Vallejo up to grade eight. During, their schooldays, she learned swimming at Vallejo Aquatics Club. In 2008, she graduated from Carondelet High School in Concord, California. After that, she graduated from the University of California in Berkeley with Honors in psychology.

During their university days, she was coached by Teri McKeever and swam for the team, California Golden Bears. During 2001-2003, she competed in the National Collegiate Athletic Association division.

She was the consecutive winner of that competition. Apart from that, she was also awarded the Honda Sports Award for Swimming and Diving.

– 2001, Natalie Coughlin won three medals which include one Gold for 100-meter backstroke, Sliver for the 4×100-meter medley relay, and Bronze for 50-meter backstroke at the ninth World Aquatics Championships.

-2003, won two medals at the tenth World Aquatics Championships in Barcelona. The medal includes Gold for the 4×100-meter freestyle relay and Sliver for the 4×100-medley relay.

-2007, earned five medals at the 2007 World Aquatics Championships at Melbourne. In the event, she broke her own record and set new world record at 100-meter backstroke with a time of  59.44.

– 2008, Contended in the 2008 Beijing Summer Olympics. In the event, she became the first American female to win six medals in the same Olympics event.

-2011, earned three medals which include Gold for the 4×100-meter medley relay, Sliver for 4×100-meter freestyle relay, and Bronze for the 100-meter backstroke.

Apart from being a swimmer, she is also an author. Last, in 2019, she published a book, Cook to Thrive: Recipes to Fuel Body and Soul: A Cookbook. Prior to that, she published her first book, Golden Girl: How Natalie Coughlin Fought Back, Challenged Conventional Wisdom, and Became America’s Olympic Champion.

This swimmer has not been in any rumors and controversy to date.

Natalie Coughlin is a blue-eyed blonde. Her height is 5 feet and 8 inches and weighs around 63 kg. 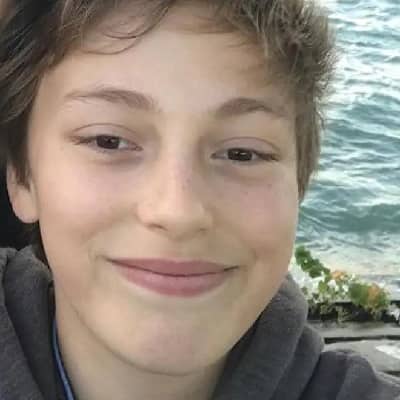