Natalie Dormer is an actress who appeared in Game of Thrones. Natalie is dating David Oakes and is a mother of one. 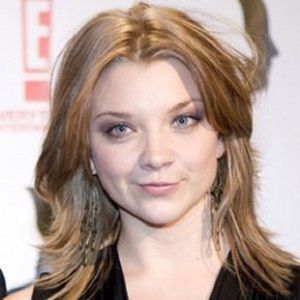 When I wake up on a Sunday morning with a slight hangover, in the gym with no makeup on, that's who Natalie Dormer really is. The girl next door who gets a spot on her forehead occasionally.

I get accused of having a haughty smugness. I have a lopsided mouth. I can't help it. I was born with it. It looks as if I am smirking. I have had my publicist tell me, 'Don't do that smile on the red carpet.' I'm, like, 'That's my smile.'

Natalie Dormer is dating David Oakes. Her boyfriend David is an actor.

The couple met while playing in Venus In Fur in 2017. However, they were in a relationship since 2018.

She was pregnant with his baby during the pandemic. The couple is the parents of a baby girl born in January 2021. They have not revealed the name of their daughter yet.

Previously, she was in a relationship with Anthony Byrne, a film director. The couple met for the first time in Dublin while filming The Tudors in 2007.

Who is Natalie Dormer?

Natalie Dormer is an English actress. She is best known for her role as Anne Boleyn in Showtime series The Tudor (2007-2010). She is also famous for playing the character Margaery Tyrell in the hit series Game of Thrones from 2012 to 2016.

Natalie Dormer was born on 11 February 1982, in Reading, Berkshire, England, UK. Her nationality is British and she is of English, Norwegian, and Welsh ethnicity.

Natalie was bought up by her stepfather. She has two siblings named Samantha Dormer and Mark Dormer.

She was educated at Chiltern Edge Secondary School and Reading Blue Coat School. During her school years, Dormer trained in dance at the Villanova School of Dancing. She also trained at the Webber Douglas Academy of Dramatic Art in London.

Natalie’s first professional acting role was in the Shakespeare comedy-drama The Comedy of Errors in 2003. She made her screen acting debut as Victoria in the 2005 film Casanova.

Her first performance in the film was highly appreciated by the fans and she began getting other roles in movies and TV films.

She received widespread praise for her portrayal of Anne Boleyn on the Showtime series The Tudors (2007–2010), and was nominated for two “Gemini Awards for Best Performance by a Leading Actress in a Drama Series”.

Dormer gained international attention with her performance of Margaery Tyrell on the HBO series Game of Thrones. She appeared in the series from 2012 to 2016.

For her role in the series, she was nominated for two Screen Actors Guild Awards. In 2014, she won the “NewNowNext Awards- Best New Lead Film Actress” for her performance in The Hunger Games: Mockingjay – Part 1.

From 2013 to 2015, she appeared as Jamie Moriarty/Irene Adler in Elementary. Her movie Patient Zero is under post-production and she is currently filming for In Darkness.

Natalie has a net worth of 6 million dollars but her salary is not revealed yet.

There are no rumors of her present love affairs. Despite rumors that Dormer is related to historical lady-in-waiting Jane Dormer, they have no familial connection. She has been a straight person in her life and she has not been in any controversy in her entire life.

Wimbledon 2018: The celebrities and the Royals spotted on day 1!