A model since childhood, Natalie has endorsed brands such as Old Navy, Nissan, and Mazda. She is one of the participants in the American reality television series WAGs aired on E! Network.

Her makeup and hair tutorials on her YouTube channel, Natalie is also an internet phenomenon. ‘Nat+Liv’ has assembled more than a million views.

The channel itself has a huge fan following. Let’s talk about her followers below:

Natalie is quite active over the social media. She has a huge number of followers on social networking sites such as Facebook, Twitter as well as Instagram. She has more than 83K followers on Twitter.

Apart from her work as a model, Natalie is the co-founder of a fashion blog named Jerome. They named the blog after the last name of their maternal grandparents. They also hooked up with a sunglasses brand named ‘Perverse’ and launched a range of designer glasses by Nat+Liv.

Furthermore, she also started the blog with her cousin and fellow cast-mate of the WAGS, Olivia Pierson. She was also the part of the Vanderpump Dogs Foundation Gala that took place on November 3, 2016.

Natalie prefers to go out rather than sit at home and watch TV. She is also an animal person and has a pet dog called Monkey. Lover of the pinky peach color, Natalie describes herself as a girly girl also even designed and made her own prom dress of the same color.

@natlivcollection is coming soon so excited to show you guys 🖤

You may like to read Natalie Halcro, New Mother Of A Baby Girl; Who’s The Father Of The Baby?

Initial years of her career

Natalie started modeling when she was just 12. Signed her as a professional model by the time she turned 16, she had made a deal with NEXT. She has stepped the ramp in Milan, France, Cape Town, and London.

Some of the big brands like Kohls, Avon, Nike, Levi’s, Salon Grafix, Cache, Macy’s, La Senza, Bebe Sport are the brands where she has campaigned. She has appeared in commercials for Nissan, Mazda, Marshalls, and Old Navy. Natalie is now the co-founder of a fashion blog named Jerome.

Natalie Halcro was previously in a relationship with former American footballer, Shaun Phillips. The pair dated since 2012. Eventually, they broke up and hence Natalie is currently single.

Also read Chelsea Tyler And Her Husband Jon Foster Welcomed Their First Child Together; Shares The First Baby On The Social Media!

Natalie Halcro is an American model, television personality, and a fashion blogger. She has endorsed brands such as Old Navy, Nissan, and Mazda. More Bio… 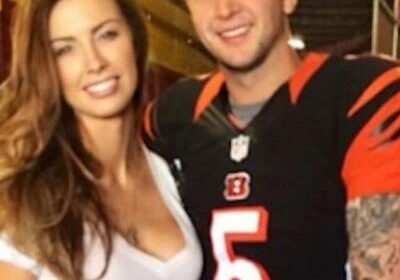