Natalie Joy and Nick Viall’s love story! All the hot pictures of Natalie Joy on the beach 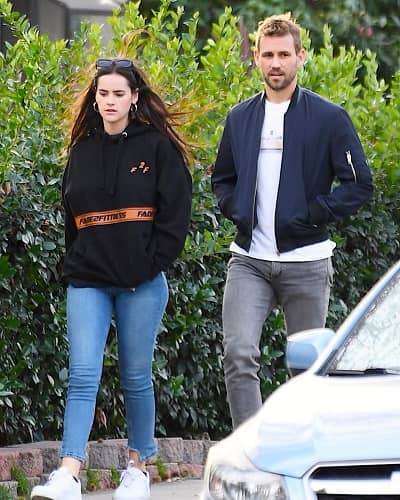 Nick Viall is in a relationship with Natalie Joy who is a surgical technologist. Even though it is known the couple started dating but the two first connected through social media. Natalie was the one who actually ‘DM’ him. When they met each other he was very drawn to her confidence and laid-back personality.

During an episode of his podcast Viall Files, he revealed that he is very happy being in a relationship with beauty. He said,

“Yeah, I’m in a relationship. It’s fun. It’s great. “I have those moments of gratitude and thankfulness. There’s moments where I’m like, ‘You’re really great and I’m really happy you’re a part of my life.'”

“Between the two of us, I am easily the most dramatic. I’m the drama queen. She is a voice of reason, which is a breath of fresh air. She might have the highest amount of character in anyone I’ve dated. She’s always present with what’s going on in the world … She’s always helping people out. She does make me want to be better,”

Nick and Natalie did not have all sunshine during their relationship as they weren’t exclusive right away. Both of them were unsure about each other’s life but liked hanging out with each other. Eventually, they ended up being together.

Also read Lori Harvey and Michael B. Jordan are officially dating! How much is her father Steve Harvey’s net worth in 2021?

All the hot pictures of Natalie Joy on the beach

Is Natalie Joy on social media?

Natalie Joy has an Instagram account with around 40k followers. She first made a post on 8th March 2018. She has an amazing figure and she flaunts it by wearing a two-piece set on the beach. Joy has shared multiple pictures of her wearing bikinis on her account. On 22nd January 2021, she posted a picture of her in her surgeon costume and wrote,

Natalie was in the December issue of PENIDA Magazine. She shared the picture on her gram. She also has a Twitter account with 1.4k followers and joined it in July 2011. Her Twitter account is private at present.

Nick Viall is an American Software Sales Executive, Model, and Reality Star. He’s best known as the star of season 21 of ABC’s The Bachelor. He was also a contestant on the Bachelorette and Bachelor in Paradise. Read more bio…