Who Is Natalija Scekic? She Allegedly Took $70K To Seduce Novak Djokovic!

Updated On June 30, 2022 | In Anime/Fictional Characters , controversy , Relationship
Share this 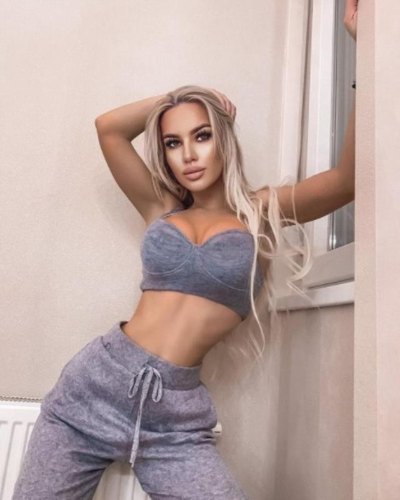 Natalija Scekic, a Serbian model is currently on the headlines for allegedly taking $70K to seduce Novak Djokovic. She allegedly got money to tarnish the reputation of a Serbian tennis player, Novak.

He is one of the greatest men’s tennis players. He also held the number 1 rank for 311 weeks now. Meanwhile, the model came forward with her explanation about the controversy.

The model recently came forward saying she got an offer to set up Novak on a sex scandal. She revealed someone offered $70K to seduce the tennis player. Moreover, the person was also told to film them together and make Novak’s pictures viral.

The man allegedly planned the trap in England while he was playing in the Wimbledon or the ATP World Tour Finals in London. That was the time when the athlete met the model in person for the first time.

“It is true that a guy contacted me. I know him from the city [of London] and I considered him a serious guy. I am familiar with their work and they were good. When he asked me for a date, I thought it was for a business matter. However, as the conversation progressed, I saw that it had nothing to do with my life,”

However, when an individual gave her the offer she took it as a joke. The man also offered her 60,000 euros and a trip wherever she wants to go. The model then mentioned she laughed expecting him to say it was a joke. But when she found out that man was serious, she felt offended and humiliated.

The model turned down the offer quickly saying it was not fair to the athlete. The model also went on to explain her feelings at the time saying:

“At that moment I thought of hitting him, throwing water on him, but I restrained myself because we were in a public place. I gathered my things and left. I hope he didn’t find a girl who wants to do that, because it’s not fair to Novak. He is our best ambassador, an exemplary man, a family man. For someone to seduce him like that for money, or at least try to,”

After she claimed she got the offer of 60,000 euros a report from Kurir.rs says she came up with the story. The report also claimed they allegedly planned the controversy to further the model’s career. After the allegation from the site, the model came out with her side of the story on her Instagram page. The model wrote:

“I ask all foreign media not to believe the lies Serbian newspapers brought out today,” my mom has nothing with anything that is written, we are not starlets (who) invented and placed a public story that is false.”