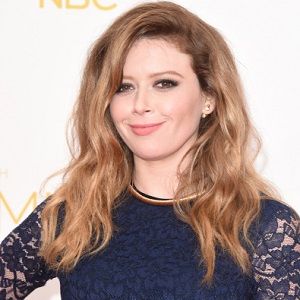 It's a wild thing, that people have the ability to help each other by just relating to one another.

I definitely would rather take a nap than get angry.

Natasha Lyonne is a beautiful woman with a dashing personality. She had dated Edward Furlong in the year 1998. The following year, in 1999, they sadly separated.

Presently, she is in a relationship with Fred Armisen, an American actor, comedian, and musician. They reportedly started dating in 2014. Over the years they have built a strong relationship.

They frequently are seen in social events, award shows, and is seemingly cozy with each other. Fans are hoping the adorable couple might soon get married and start a new life together.

Who is Natasha Lyonne?

Natasha Lyonne is an American actress. She is best known for her roles as Nicky Nichols on the Netflix comedy-drama series Orange Is the New Black.

Her parents Ivette Buchinger and Aaron Braunstein are Jewish Orthodox. Her father Aaron was a boxing promoter, race car driver, radio host. She has an older brother. Natasha’s grandparents were Ella and Morris Buchinger. Her grandfather, Morris ran a watch company in LA.

She lived in Great Neck, New York until she was 8 years old. Then she moved along with her family to Israel where she lived in for a year and a half. While in Israel, she had participated in the production of the Israeli children’s film April Fool. Her interest in being an actress soon began after this incident.

After her parents divorced, she moved back to New York City with her mother and brother.

She was expelled from the Ramaz School for selling marijuana. Lyonne grew up on the Upper East Side, where she felt she was an outcast. They then moved to Miami.

Lyonne was estranged from her father and has said she is not close to her mother as well. She stated that she had essentially lived independently from her family since she was 16.

Lyonne has Ashkenazi Jewish ethnicity and her nationality is American.

Lyonne attended a private Jewish school, Ramaz School (also known as The Rabbi Joseph H. Lookstein Upper Scholl of Ramaz). She was a scholarship kid taking honors Talmud classes and read Aramaic. She was expelled from the Ramaz school for selling marijuana.

Later after moving to Miami, Florida, she graduated from Miami Country Day School.

She also studied film and philosophy from New York University. But after a short while, she dropped out.

In 2005, she suffered from hepatitis C, a heart infection, and a collapsed lung. So, she was admitted to Beth Israel Medical Center in Manhattan. During this incident, she was also undergoing methadone treatment.

Consequently, later on, she underwent open-heart surgery to correct the damage caused by her heart infection. She soon successfully recovered from her surgery.

Natasha Lyonne’s career began as a child. At the age of six, she was cast as Opal on Pee-wee’s Playhouse. Natasha later had appearances in Heartburn, A Man Called Sarge, and Dennis the Menace. At 16 years of age, Woody Allen cast her in Everyone Says I Love You. This led to appearances in almost 30 films over a time span of 10 years.

She starred in independent fils Slums of Beverly Hills and But I’m a Cheerleader. She also had roles in Detriot Rock City, Scary Movie 2, The Grey Zone, Kate and Leopold, Party Monster, and Blade: Trinity. Her most recognized role is as Jessica in the series American Pie.

Her new film appearances include All About Evil, 4:44 – Last Day on Earth, Girl Most Likely, Loitering with Intent, Sleeping with Other People, Hello My Name Is Doris, Addicted to Fresno, Horror, Yoga Hosers, Antibirth, The Intervention, and Handsome: A Netflix Mystery Movie.

She has made numerous appearances in series as well. She appeared as a guest star in series Weeds, New Girl, Will and Grace, and Law & Order Special Victims Unit.

Her first television job as a series regular was with the role of Nicky Nichols in the Netflix series Orange Is The New Black.

In 2014, she was cast in comedy pilot Old Soul. Natasha also voiced the character Smoky Quartz on Cartoon Network’s Steven Universe in the year 2016. She has also appeared as various characters on IFC’s sketch comedy series Portlandia.

Natasha is also involved in theater. She made her debut in Two Thousand Years in New York Stage. She was in the original cast of Love, Loss, and What I Wore.

In 2010, she also performed in Kim Rosenstock’s comedy, Tigers Be Still. She was starred opposite the actors, Ann Down and Ethan Hawke in Blood From a Stone in 2011. The other year, she participated in New Group’s benefit performance of Women Behind Bars.

Natasha’s hard work, determination, talent, and love for acting has led her to receive numerous nominations and awards.

She won awards for the theatrical role in Two Thousand Years, Love, Loss, and What I Wore.

CFCA Awards nominated Natasha as the Most Promising Actress for her performance in Slums of Beverly Hills (1998) in the year 1999. Meanwhile, she was nominated for Film- Breakout Performance and Film- Funniest Scene in Teen choice awards in the same year and for the same movie.

As a matter of fact, she has been awarded Best Ensemble Cast in 2000 young Hollywood Awards for her outstanding role in American Pie. In the year 2008, she was awarded Angel award and Best Supporting Female Actor in Monaco International Film Festival for her acting skills in tricks of love.

She was a nominee at the 2016 Gold Derby TV Award for her performance as Drama Guest Actress in Orange Is the New Black (2013).

She was again nominated by the Chainsaw Award for Best Actress for her role in Antibirth (2017).

She has won in screen actors guild Awards for her performance in Orange is the new black in the year 2015 and 2017. Recently in 2018, she got nominated for the same series as well.

Natasha Lyonne: Salary and Net Worth

Lyonne has a reportedly enormous net worth. AS a matter of fact, her net worth is estimated to be around $3 million dollars.

Her annual salary has not yet been disclosed but she is regarded as one of the highest-paid Hollywood actresses.

Natasha’s sexuality is rumored to be bisexual. She has reportedly tried to sleep with women. Although she prefers men and identifies herself as straight, she is considered a gay icon.

In the early 2000s, she was arrested for DUI (driving under influence) and for incidents involving her neighbors. In 2005, she was reportedly evicted by her landlord, actor Michael Rapaport after receiving complaints from other tenants involving her behavior.

When she missed a court hearing relating to her prior problems, an arrest warrant was issued for her in 2006. Later in the same year, she was admitted to a drug and alcohol treatment center, Caron Foundation. She did appear in court afterward and the judge sentenced her to a conditional discharge.

Natasha Lyonne is 5 ft 3 inches tall, weighs around 60 kg, and has an average body structure. Her bra size is known to be 34B. Other body measurements include 36-27-35 inches.

She has beautiful blonde hair with gorgeous green eyes. On the basis of US measurements, her dress size is 10 and the shoe size is 6.5.

She frequently keeps her fans updated via these social media profiles.