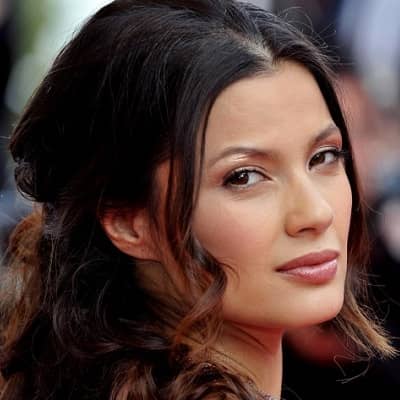 I'd like to someday see myself married to my true love and starting a big family, and at the same time still having an artistic job

It gets boring to me when people talk about clothing brands or what boat they're going to buy next summer.

Natassia Malthe is possibly single. She has a cute three years old son.

Who is Natassia Malthe?

Natassia Malthe is a Norwegian actress and model. She is best known for her modeling work, also notable for her appearances in episodes of Dark Angel.

She belongs to Multiracial (Norwegian and Malaysian) descent.

Earlier, Natassia Malthe worked on the television after moving to Los Angeles. Malthe made her television debut in 1996 with a series named ‘Viper’.

Since then, she has appeared on various television series and sitcoms including Millenium, Dark Angel, First Wave, Seven Days, Andromeda, The Dead Zone, and more. She gained huge popularity from Dark Angel.

Her other works on TV include Bloodsuckers, Fallen, Knights of Bloodsteel, The Assistants, and Fringe.

Natassia made her film debut in 1998 as Mary Jo Copeland on Disturbing Behavior. The next year, she made her appearance in a movie named Lake Placid.

In 2000, she appeared in a movie Me, Myself, and Irene. The following year, Malthe starred in films like 40 Days and 40 Nights, Stark Raving Mad, Halloween: Resurrection, and k-9: P. I.

For the next few years, she played in several movies like Chicks with Sticks, Elektra, Wish You Were Here, Awake, Chaos, Devil’s Highway, and more.

This actress played Turner in Alone in the Dark II., Christine in ‘The Good, the Bad, and the Dead’, Valkyrie in Battle Drone. Later, she appeared in the historical adventure film ‘Alpha’ which was a big hit.

She also does fashion modeling for Toro Women and Girls of Maxim.

The salary of this model is under review, we will update you as soon as we get the information. Meanwhile, according to some sources, she has an estimated net worth of $2 million.

There was a rumor that she was raped and accused by film producer Harvey Weinstein in 2007. Besides, she is doing a great career in her career.

This model stands at a height of 5 feet 5 inches and weighs 55 kg. She has brown hair and hazel eyes color.