Nathaly Cuevas is well known on Youtube thanks to her entertaining vlogs, routine videos, and storytimes.

Nathaly Cuevas is currently in a relationship with her boyfriend Jacob Macias. Jacob is also a fellow Youtuber and is around the same age as Nathaly. The two met online and started dating sometime in 2020.

Later on, they met up in person and grew even closer to each other. They are really cute together and frequently feature each other on their Youtube and social media. 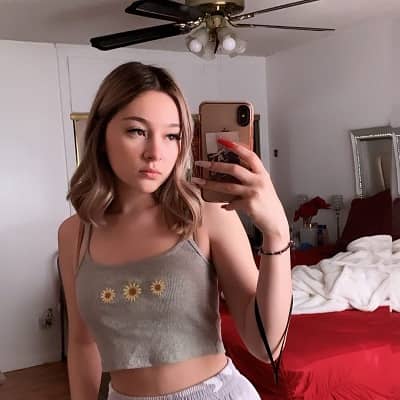 Who is Nathaly Cuevas?

Nathaly Cuevas is a popular American Youtuber and social media personality. She is well known on Youtube thanks to her entertaining vlogs, routine videos, and storytimes.

Nathaly Cuevas was born on the 29th of August, 2003 in the US. As of now, her age is 17. Her nationality is American and her ethnicity is Hispanic.

Cuevas hasn’t shared the names of her parents as of now. Still, she is quite close to her parents and they frequently appear in her vlogs and on social media. She has also shared that both her parents come of Mexican descent.

Despite this though, Nathaly was born and raised in the US alongside her three siblings. Her siblings include a brother Edward and two sisters Edith and Nely.

Nathaly is currently studying as a senior in high school. She has shared many vlogs showing her life as a student but hasn’t shared which high school she goes to.

Cuevas started her rise to internet fame after creating her Youtube channel in February of 2019. Soon after this, she uploaded her first video which was a vlog. She continued posting vlogs along with storytimes and connected more with her fans.

Her audience is also around her age and they all adore her for her charisma, honesty, and charm. And as time went on, she also started posting helpful routine videos, transformations, and more storytimes.

She also improved the production of her videos and started uploading more consistently. Thanks to all this, Cuevas has gathered over 700k subscribers on her eponymous youtube channel.

Nathaly’s channel has also gathered over 87 million total views on her channel. Her entertaining and personal content keeps bringing fans back to her channel and so, her channel is still growing at a really fast rate.

Her fans are also quite loyal as they have grown up with her over the years. And due to this, she will probably be an even bigger personality on Youtube in the future.

Nathaly has gathered an impressive net worth estimated to be roughly 100k USD as of 2022. She has made quite a lot of money through Youtube and social media despite her young age. Nathaly hasn’t shared any details regarding her annual salary as of now.

Cuevas stands at a height of 5 feet 4 inches tall and her weight is roughly 52 kilograms. She is really beautiful and has built a slim and attractive figure. Her hair is dark brown and her eyes are hazel in color.

Get to know more about the lives of Tiffany Hendra and Jenna Morasca as well.