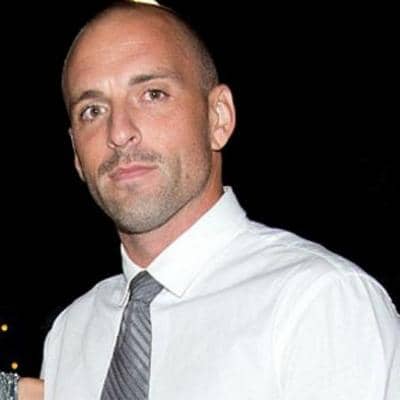 Nathan Andersen got married to A.J. Cook on August 3, 2001. A.J. Cook is a Canadian actress better known for her role in the crime series, Criminal Mind. The couple met during studying at Utah Valley University. Andersen was in the same learning institution as A.J. Cook. The couple has two children, Mekhai Allan Andersen, born in 2008, and Phoenix Sky Andersen, born in 2015. He travels with his family on different adventures and frequently posts their picture on Instagram.

Who is Nathan Andersen?

Nathan Andersen is an American entrepreneur and fashion designer, who came into the spotlight after marrying, Canadian actress, A.J. Cook. He is the founder of the clothing line, Walter Sky.

Nathan Andersen was born on 25th May 1978. His father was an athlete who later became an international entrepreneur and his mother was a professional skier. Nathan has not disclosed his parent’s information. He has one brother, Wesley Andersen, with whom he has established a clothing line, Walter Sky.

Growing up, he spent most of his time adventuring which became his favorite thing to do. He still loves adventures as he posts pictures of his adventures on Instagram.

He studied at Utah Valley University in Salt Lake City, where he met A.J. Cook, whom he married. Both tied knots together on 3rd August 2001. They have two children, Mekhai Allan Andersen and Pheonix Sky Andersen. Both the children have appeared in the TV Series, Criminal Minds, alongside their mother, A.J. Cook.

Andersen was diagnosed with cancer. This was probably the hardest battle he has ever faced. He has never spoken about this publicly. Thankfully he won his battle against cancer in September of 2019. He announced this through Instagram.

It is never late to pursue what you love to do is a life lesson we can learn from Nathan Andersen’s life. After venturing into the showbiz and entertainment industry after graduating from Utah Valley University. He eventually realized he wasn’t much interested in the industry. Andersen decided to join his friend who established a startup business as he realized he was more suited to a business person. He invested his time and resources in the business for a decade. Andersen dreamt of having his own clothing brand. Eventually, he started his own clothing brand along with his brother. Over the year, the clothing line has developed and grown a lot.

Nathan Andersen’s primary source of income is fashion designing and entrepreneur. According to various sources, he has an estimated net worth of $4 million. He has bought 90 acres of property in Utah where he can run and climb rocks with his sons without any boundaries.

The American Entrepreneur is very concerned about his career so, he has stayed away from any unnecessary controversies.

Nathan stands tall at 6 feet 3 inches and weighs around 90 kg. Other body measurements of Nathan are not available on the Internet

Andersen has an Instagram account where he posts pictures of his family. He has around 39.7k followers.