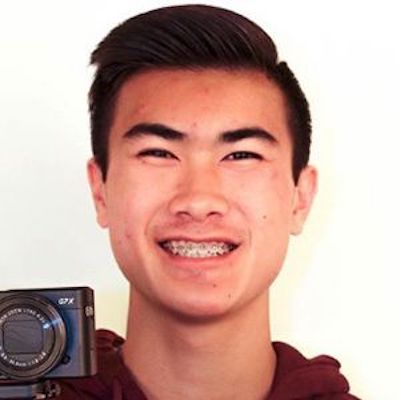 Nathan Doan at present is possibly single. Her current affair or girlfriend’s details are unknown.

Who is Nathan Doan?

Nathan Doan is an American internet star and musician. He is also popular for his comedy videos on apps like YouTube and TikTok.

His birthdate is 03 July 2000 and he was born in San Diego, California, the United States. The name of his mother is concealed but his father’s name is Nat.

Nathan’s ancestry is Asian and has a younger sister, Kaitlyn Doan. Also, his younger brother is Ethan.

As per his academics, he is a high school graduate.

Nathan Doan is one of the popular TikTokers where he posts Asian stereotypes comedy videos. He has more than 563k fans with over 7.6M likes on this platform.

His YouTube channel is titled Nathan Doan Comedy that was created YouTube channel in April 2016 and has around 1.91M subscribers. On this platform, he uploads exciting vlogs related to his family.

This YouTube personality is keeping himself away from rumors and desperate scandals.

Nathan Doan’s height and body weight are average. Similarly, he has dark brown eyes and his hair is in black color.