Nathan Kane Samara is a rapper, personal trainer. He is also famous as the half brother of Eminem. Nathan is married to his fiance and has three kids.

Nathan Kane Samara is married to his girlfriend Ash Mae on 7th May 2018, in Miami, Florida. The couple engaged in December 2016.

The couple dated and lived together for 18 years before marriage.

He is the father of three children, the eldest one is a daughter. Her name is Audrianna Melkonian. And the latter two are sons named Liam and Carter. The children’s names are not disclosed to the public media yet. 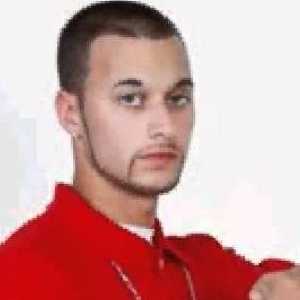 Who is Nathan Kane Samara?

Nathan Kane Samara is an American young rapper and personal trainer. He is the younger half-brother of the famous rapper, Eminem. He gained recognition with songs such as ‘Shadow of a celebrity’ and ‘Slide on over’.

Nathan Kane Samara was born on 3 February 1986, in Kansas City, MO. His nationality is American and his ethnicity is mixed(English, German, Swiss-German, Scottish).

He is born to Debbie Mathers-Briggs and Fred J. Samara. His mother has a complex personality and used to physically and emotionally abuse him. Since Nathan was a child, he was taken care of by his elder half-brother, Eminem.

Eminem holds a respectable place in Nathan’s life. He was raised in Detroit. Nathan Kane Samara had a troubled relationship with his mother, Debbie Mathers-Briggs.

Eminem matters to him the most. Eminem has said that Nathan Kane Samara is a very cool person and liked by his female friends. There have been no reports of his any serious romantic involvements. He also has a good rapport with his 3 nieces; Hailie, Alaine, and Whitney.

Nathan respects Eminem and wants to be like him one day. He tours with Eminem and supports him in his personal life crisis.

Nathan was by Eminem’s side when Eminem’s wife, Kimberly Anne Scoot attempted suicide. He was with Eminem during his court case.

He studied at Roseville Elementary school. He was the target of bullying in school. Roseville School authorities accused Debbie of child abuse and neglect and Nathan was placed in foster care for a year.

Being so close to Eminem, it was but natural that Nathan has been deeply influenced by Eminem. He had appeared as little Eminem in Eminem’s music video ‘Without me’.

Nathan can also be seen in Eminem’s other music videos. He used to accompany Eminem on his various concert tours. He is an aspiring rapper and has written some songs and raps. Nathan has also released some good music videos. He is taken care of by Eminem since his 16th birthday.

Nathan has started small but wants to achieve like his brother. He was gifted sports cars by his brother on his 16th and 17th birthdays. He got the opportunity to perform at some prestigious theaters.

Nathan was sent by Eminem to take his award and give the ‘thank you’ speech at the 2001 Detroit music award function. Eminem also thanked his younger brother at the VMA awards in 2003.

There is no information about his salary and as of 2022, she has an estimated net worth of $1 million.

His brother Eminem has a net worth of $120 million.

Nathan Kane Samara belongs to a controversial shady family. There have been no rumors associated with Nathan Kane Samara. He has not been subjected to any rash criticism at the hands of his critics or audience.

His coolness is appreciated by his elder brother Eminem. Nathan was arrested in 2009 for drunk driving and not allowing an ambulance to pass by.

He failed the ‘alcohol breath test’. Though a good rapper in his capacity, Nathan seems to also possess some of the bad habits and behaviors of his family and elder brother.

Nathan Kane Samara has brown hair color and hazel blue eye color. His height is 5 feet 6 inches tall but he is not, weight, shoe size, dress size, etc. is unknown.