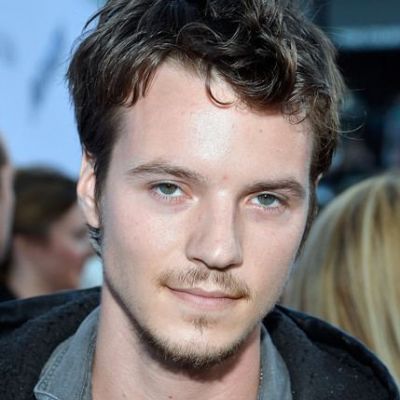 Nathan Keyes is possibly single at the moment. He hasn’t introduced anyone as his girlfriend or lover as of now.

Previously, he dated an actress and singer, Emily Osment. The duo started dating in January 2013 after they first met each other through Twitter.

However, their relationship didn’t long-lasted and parted ways in 2014. Further, he has been in a relationship with an actress Galadriel Stineman.

Who is Nathan Keyes?

Nathan Keyes is an actor from the United States. He rose to fame for his role as “Kevin Levin” in Ben 10: Alien Swarm and “Ansel” in Maya Dardel.

Nathan was born on the 28th of November 1985, in Wahington, D.C., United States. His full name is Nathan William Gumke. According to his birth date, he is 35 years old as of 2021. His Zodiac sign is Sagittarius.

The name of his parents is Holly Gumke (mother) and Dale Gumke (father). He has also a younger brother named Chris Gumke.

Further, he holds an American nationality and he belongs to mixed (German, Finnish, Swedish, and English) ethnicity.

Talking about his academic background, he attended York Suburban High School from where he graduated in the year 2004. Nathan studies acting with coach Stephanie Feury.

Nathan started his career when he was seven, he wrote, produced, directed, and acted in a play based on The Tailor of Gloucester.

When he was eleven years old, he played his first stage role and appeared in the productions such as Romeo in Romeo and Juliet, the Scarecrow in The Wizard of Oz, Albert in Bye, Bye Birdie, and the Emcee in Cabaret.

In 2000, he formed the pop band named “As 1”, performed in more than seventy-five concerts throughout the northeast.

After graduation, he moved to Los Angeles where he worked as a graphic designer and photographer of CD covers. Keyes made his television debut through CBS crime drama, Numbers as Paul Elins in 2006. The same year, he starred in TV series such as The Nature of Blake and Three Moons Over Milford.

To date, Nathan has managed to maintain a clean profile. he hasn’t been involved in any sorts of rumors and scandals that create a huge buzz in the media.

Nathan might have amassed an impressive amount of wealth throughout his acting career.

As of now, he hasn’t disclosed his exact net worth, salary, and other earnings in the media.

The actor has a towering height of 6 feet. His weight is around is about 79 kg. Likewise, he has a blue pair of eyes color and dark brown hair color. His shoe size is 10.5.

Similarly, he has a verified Facebook with 3.5k followers.