Nathan Kress is an American actor, director, and former child model. He was seen on the Nickelodeon series iCarly. He is married and has a kid. 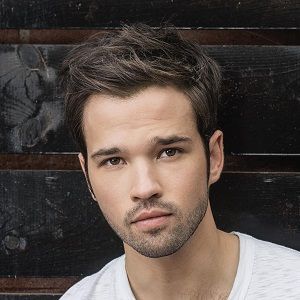 I got good grades in math, but I never really enjoyed it. My favorite part of math was algebra, but geometry was the worst.

My new obsession is 'Storage Wars.' I don't know how such a simple show concept can be so addicting, but I can sit and watch marathons of it.

Everyone else in the 'iCarly' cast can operate on 5 hours of sleep, but not so for 'Old Man Nathan!'

Nathan Kress is married to London Elise Kress. His wife is an actress and they exchanged vows on November 15th of 2015.

They welcomed their first baby, Rosie Carolyn Kress (daughter) on December 21, 2017. Recently in Oct 2020, this couple announced that they are expecting their another child.

Then finally in March 2021, they were blessed with a daughter named Evie Elise Kress.

Who is Nathan Kress?

Nathan Kress is a young American actor, director, and former child model. He always aspired to become an actor and has been acting since the age of four.

He played the role of Freddie Benson on the Nickelodeon series ‘iCarly’ where he gained lots of fame.

Kress was born on November 18, 1992, in Glendale, California, United States of America. His birth sign is Scorpio.

His parents are Steven M Kress (father) and Rita Kress (mother). He is of German, English, Northern Irish, and Scottish ethnic background.

He grew up alongside his two brothers– Andrew Kress and Kevin Kress and was homeschooled. Details about his academics are not disclosed.

Nathan started his acting career at the age of four and played the role of Freddie Benson on the Nickelodeon series ‘iCarly’ and became famous.

Later, he was the voice actor in a duel role as Tough Pup and Easy in the movie, ‘Babe: Pig in the City. In 2008 he acted as a new transfer student in ‘Gym Teacher: The Movie’ which was aired on Nickelodeon.

As per sources, he has an estimated net worth of $1.5 million that he earned during his professional career. Also, he earns around $19,800 per month.

Nathan Kress weighs around 65 kg with a height of 5 feet 7 inches. Additionally, his chest, waist, and biceps size are 44-32-35.5 inches respectively.

Who is Nathan Kress's wife?

How many kids does Nathan Kress have?