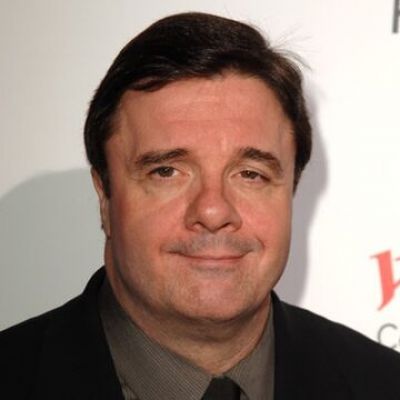 Talking about his sexuality, Lane stated he was gay at the age of 21 to his mother. Later, he came out publicly in 1999 after the death of Matthew Shepard. Nathan has been a longtime board member of and fundraiser for Broadway Cares/Equity Fights AIDS.

Moreover, the actor was honored with the Human Rights Campaign Equality Award, the Gay & Lesbian Alliance Defamation Vito Russo Award, and so on.

Nathan is married to his long-term partner Devlin Elliott. Devlin is a theater producer and writer by producer. The duo tied the knot on 17 November 2015. Presently, they reside in Manhattan.

He has no official Instagram, Twitter, and Facebook accounts at the moment. It seems Nathan is private in nature and does not prefer sharing his private things on social media.

Who is Nathan Lane?

Nathan Lane is a well-recognized American actor and writer. Lane is widely famed for his many roles such as Albert in The Birdcage, Max Bialystock in the musical The Producers, Ernie Smuntz in Mount Hunt, and so on.

Moreover, he has won six Tony Award nominations and won three for his performances in A Funny Thing Happened on the Way to the Forum(1996), The Producers(2001), and Angels in America(2018), and so on.

Nathan Lane was born on 3 February 1956. At present, his age is 65 years old. Likewise, his birthplace is Jersey City, New Jersey, the USA.

Jackson is the son of his father, Daniel Lane whereas his mother is Nora Lane. Moreover, he has two older brothers named Daniel Jr. and Robert.

Talking about his nationality, Lane holds an American identity whereas his ethnicity is English- Irish.

Nathan made his career debut in a 1982 revival of Noel Coward’s Present Laughter as Roland Maule with George C. Scott, Kate Burton, Dana Ivey, Bette Henritze, Elizabeth Hubbard, and so on. He then featured on Broadway in the 1983 musical Merlin. Following his act, he appeared in Wind in the Willows as Mr. Toad.

Additionally, in 2010, Lane featured in the musical version of The Addams Family as Gomez. He also earned a Drama League Award for Distinguished Achievement in Musical Theater. Lane then performed the role of Hickey with Brian Dennehy in a production directed by the Goodman’s Artistic Director, Robert Falls.

The talented American actor also featured in The Nance in the spring of 2014. For his great performance, Nathan was awarded Tony and Drama Desk nominations and won the Outer Critics Circle Award and the 2013 Drama Desk Awards. The play aired on PBS Live from Lincoln Center in 2014.

Nathan has gained six Emmy Award nominations for his guest appearances on Fraiser, mad About You, Modern Family, and The Good Wife. He also performed on Miami Vice, The Days and Nights of Molly Dodd, Sex and the City, Curb Your Enthusiasm, Absolutely Fabulous, 30 Rock, Difficult People, and The BlackList.

Going on with his career details, Lane has had an extensive career in film, television, and the theatre. He emerged in films like The Lion King, The Birdcage, Mouse Hunt, Nicholas Nickleby, and so on.

A talented American star, Lane has earned a handsome amount of money from his profession. He has been actively present in his profession from the year 1975 till the present.

It is reported that Nathan Lane has an estimated net worth of $20 million.

Nathan has never been part of any controversial matter or rumors till now. The actor has been preoccupied with his professional and private life.

It seems that Lane prefers enjoying his personal life and does not want to merge it with his professional life.

65 years old star, Nathan has handsome looks and an admirable personality. He stands at a height of 5 feet 6 inches. Also, he has a balanced bodyweight of 75 kg.

Furthermore, Lane has brown eyes whereas his hair is black.

Regarding his social media presence, Nathan Lane is not an active personality on social media.