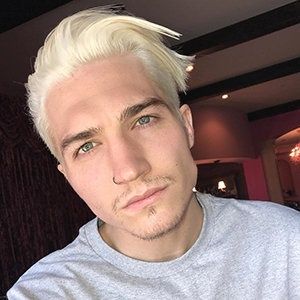 Nathan Schwandt is in a relationship. He is an openly gay and having an affair with Jeffree Star. He is a singer, fashion designer, DJ, and performer. The couple started dating since the year 2015. They are very much in love with each other. They are also seen together in most of the videos. They are residing in Grand Rapids, Michigan, which is Nathan’s hometown.

Soon they might take their relationship to the next level and get married.

Who is Nathan Schwandt?

Nathan Schwandt is an American social media star. He gained popularity after being in a relationship with a pop star Jeffree Star and having around a million followers on his Instagram account.

Nathan was born on 18th August 1993 in Michigan. His mother’s name and father’s name is unknown. His ethnicity is North American and nationality is American. He has a brother named Zach and he does not have a sister.

Schwandt worked with Star’s cosmetics company. He came into fame after being in a relationship with Jeffree Star. Jeffree is a singer, fashion designer, DJ, and performer. He has over 933.9k followers on his Instagram account. He is still a rising star so not much information is revealed about his career.

Nathan Schwandt: Salary and Net Worth

Nathan’s net worth is estimated to be around $500 thousand and his salary is unknown.

After Nathan was in a relationship with the famous star, Jeffree Star rumors were that was a gold digger. At the start, their relationship had become scandalicious. But soon the news was cooled down after they started seeing each other for a while.

Nathan’s hair color is brown and eye color is hazel. His height, weight, and other information on his body measurements are unknown.