Updated On November 15, 2022 | Published By: Aastha Kirlov
Share this
In Relation 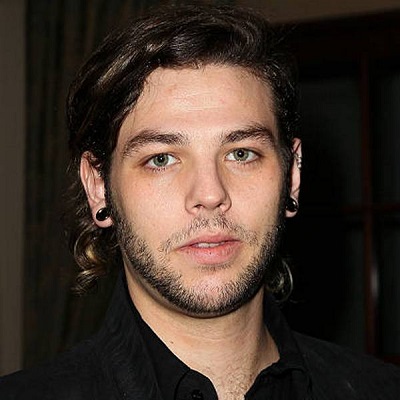 What is the relationship of Navarone Garibaldi?

Navarone Garibaldi is in a relationship but the identity of his girlfriend is yet to be disclosed. He is very private when it comes to his personal life. He is seldom seen outside in public.

The media has not been able to dig really deep into his personal life as he likes to keep to himself away from the media as far as possible.

He loves reptiles and collects reticulated reptiles pythons and Asian water monitors. He posts photos with his reptiles in his Instagram account. He has displayed his knowledge of reptiles and their breeding in a video released on Vimeo.

Who is Navarone Garibaldi?

Navarone Garibaldi is an American, popular who is also the frontman of the band Them Guns. He is also well known for being the son of Marco Garibaldi and Priscilla Presley.

Garibaldi was born on March 1, 1987, in Santa Monica, California, United States. His ethnicity is unknown.

His father, Marco is an Italian-American producer as well as a director, and his mother Priscilla is an American businesswoman and also the former wife of famous singer Elvis Persley.

They actually never got married. They were together since 1984 and got separated in 2006. He was 19 years old then.

He has a step-sister Lisa Marie Presley, an American singer and songwriter who is the only child of Singer Elvis Presley and Priscilla Presley.

Lisa has four children, Riley and  Benjamin Keough and Harper and Finley Lockwood. so, he is the uncle to all of them. His family and himself have always been in limelight and in the eye of the media.

After school, Navarone Garibaldi decided to turn into a musician. He was influenced by bands like Nirvana, Nine Inch Nails, Kings of Leon, and the Chemical Romance, and formed the band entitled it The Guns in 2013.

The band has altogether five members whereas Garibaldi is on Guitar/Lead Vocals. Other members are Kyle Hamood on Lead Guitar/Vocals, Chris Hudson on the Drums, Kyle Hamood on the Keyboard and Vocoder, and Chuck Holiday on the Bass.

His band generates classical, psychedelic rock, and alternative. The band has performed their shows in many rock venues such as The Viper Room, The Troubadour in West Hollywood. They have also performed in the Kings Head Club based in Hoxton, UK.

In April 2015, the movie Shut Up and Drive featured Them Guns’ songs  “Close Your Eyes”, “Devil’s Eye” and “Heard It All Before” as the soundtrack. The producer of the movie asked them to perform at the Tribeca After-Screening Event for the cast & crew on April 16, 2015, at Santos Party House in New York.

Them Guns has been performing across west coast markets, as well as New York and London, and recently wrapped up a spring tour that coincided with their performance at the Motormouth showcase at SXSW.

The band released their two singles, ‘Somebody Called the Cops’ and ‘Horoscope’ in 2016. Both of these received positive reviews from the audience. Filmmaker/video director Paul Boyd directed the video for the song ‘Somebody Called the Cops’. In an interview, Navarone stated that the song was about the world-changing to a place where we need to watch our every move. Every move was always under surveillance.

He is also well known for his work in Shut Up and Drive (2015), Street survivors: The true story of the Lynyrd Skynyrd Plane Crash (2017), and Breakfast with Einstein (1998).

He has not revealed any information about his net worth or salary.

But some online sources have estimated his net worth to be high because of his singing career.

His mother’s net worth, on the other hand, is around $100 million.

The singer was arrested for over-speeding under the influence of marijuana while he was 17 years old. He was also carrying hallucinogenic mushrooms, the possession of which is illegal in the United States as they contain the Schedule I drugs, psilocin, and psilocybin.

At that time, he was even addicted to heroin. He struggled with drug addiction for a few years and came back to start his music career.

Navarone Garibaldi is 6 feet and 1 inch tall and weighs around 78 kg.

He has a well-defined face and a masculine body.

His hair color is brown and has green colored eyes.

What does Navarone Garibaldi do?